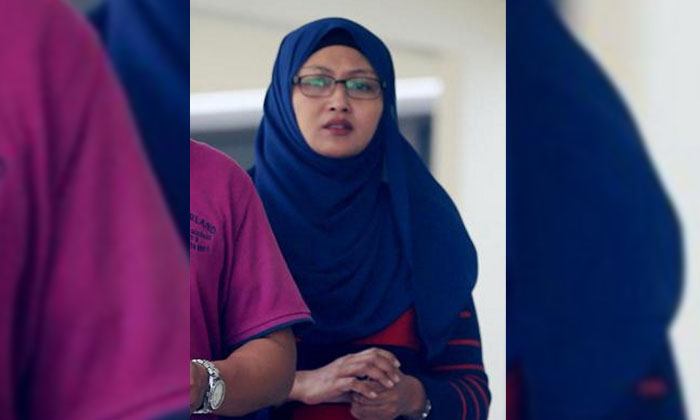 Employment agency SRC Recruitment and Erleena Mohd Ali, one of its staff were slapped with 243 charges yesterday (Oct 4) for "selling" maids on online marketplace Carousell between Sep 1 and 17.

The Ministry of Manpower (MOM) said in a statement that Erleena, 41, had uploaded the insensitive advertisements and the maids were cast in an undignified light.

According to The Straits Times, SRC Recruitment faces a total of 144 charges under the Employment Agencies Act while Erleena faces 99 charges.

The offences include advertising foreign domestic workers in a manner akin to a commodity and failing to ensure that SRC's name and licence number are reflected in the advertisements.

SRC can no longer deploy any foreign domestic workers because its licence has been suspended while Erleena has been deregistered as an employment agency personnel.

MOM was first alerted to the Carousell listings on Sep 14 and put up a Facebook post to warn other employment agencies against such practices.

The listings on Carousell showed the faces of several maids allegedly from Indonesia and were posted by user @maid.recruitment.

Some of the posts show that the maids had been "sold". 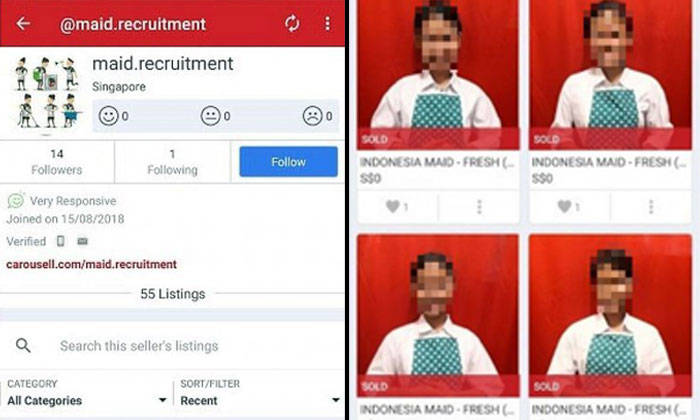 MOM said that it expects employment agencies to exercise sensitivity and a duty of care towards their clients, including maids, when marketing their services.

MOM added that there are established guidelines on responsible advertising that are well publicised - including on the MOM website - which employment agencies are expected to adhere to.

Those who have any information on infringements under the Employment Agencies Act should report the matter via the MOM website (www.mom.gov.sg) under "Contact us" or call 6438 5122, it said.

Related Stories
Employment agency that 'sold' maids on Carousell has licence suspended
Maids sleep outside Bt Timah house, given $20 weekly for food, overworked: MOM removes them after Stomp alert
Maid nearly blinded by employer who repeatedly assaulted her, forced to work without pay for 2 years
More About:
Carousell
maid
mom