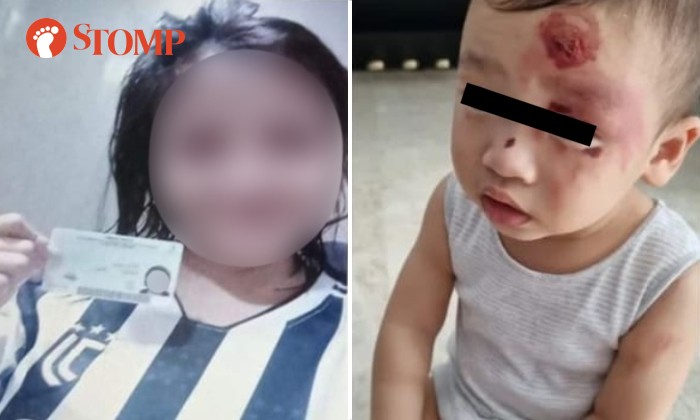 The maid had started working for the Stomper in December last year.

The first incident happened in April when Neti spilled hot soup on the boy and he suffered second-degree burns. 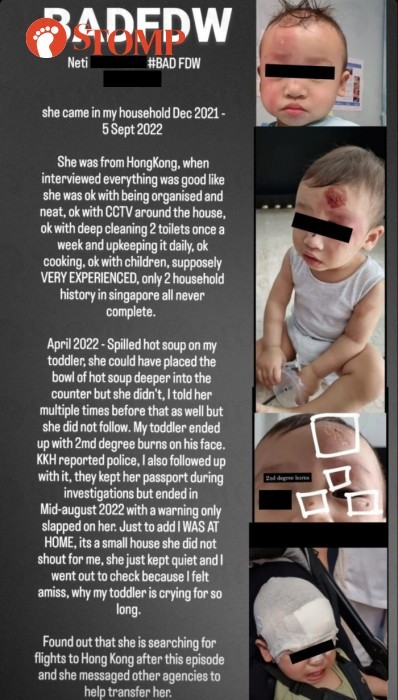 And things just escalated from there.

The Stomper said: "From all the hours home with no children disturbing her or taking up her time, she still couldn't upkeep the house." 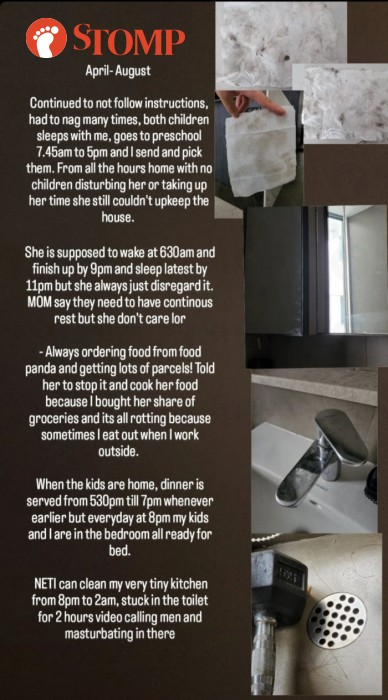 The Stomper said that Neti left her sex aids within reach of the kids and told the employer that they were for blackhead removal.

K also saw text messages between the maid and her "sugar daddies". 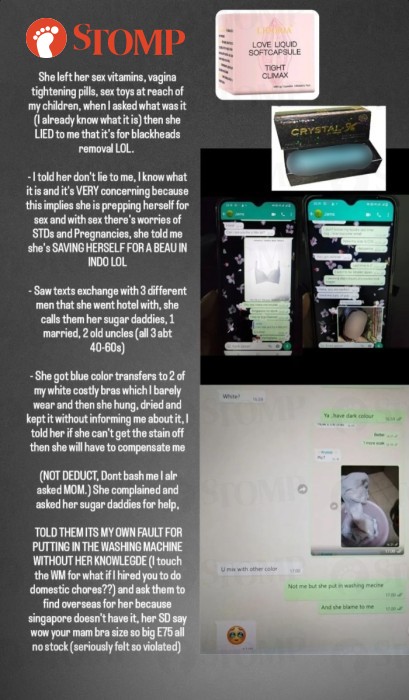 The Stomper recounted: "She said that I was jealous of her because my kids want her. My kids always want me.

"When and if I had a choice, I would let her be with them because I had work to do! But I could not due to the lack of trust and her continued negligence. So when the kids were around, I was around and working from home."

K said that the maid had three phones and despite being told not to do so, Neti would make TikTok videos with the kids.

The Stomper has made police reports about the maid for borrowing money from an illegal moneylender and taking a photo of her naked daughter.

She said Neti was sent back on Sept 5 and warned others not to hire her.

In response to a Stomp query, police confirmed that police reports were lodged.

Regarding the case of the maid borrowing from an illegal moneylender, police said they are looking into the matter.

Regarding the case of her taking a photo with the employer's naked daughter, police said investigations are ongoing.

Related Stories
Family hounded and threatened by loan sharks after maid borrows $1k from them
Court dismisses appeal of woman who tortured maid to death, says she blames anyone but herself
Reasonable or too much? Maid shares list of 12 rules that she has to follow
More About:
maid
loanshark
child abuse