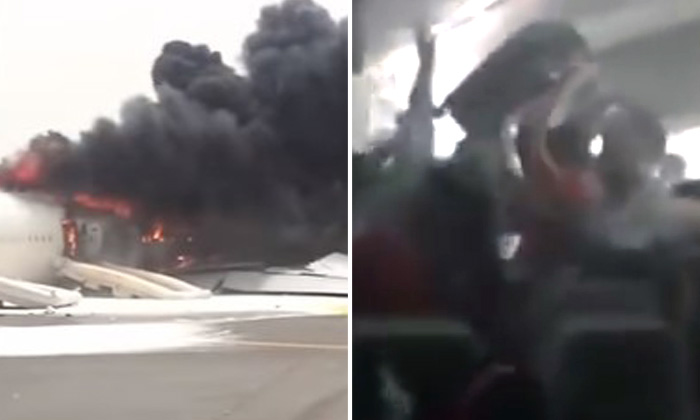 A harrowing clip has emerged, showing passengers in total chaos on board an Emirates flight that crash-landed at Dubai International Airport on Wednesday (Aug 3).

According to RT, none of the 282 passengers nor 18 crew members flying from Thiruvananthapuram, India, were killed in the crash, however a firefighter died while battling the blaze. Thirteen people suffered minor injuries.

A new clip shows some passengers trying frantically to take their luggage from the overhead bins before evacuating.

Another clip shows the Boeing 777-300 crashing and bursting into flames.

In the first clip, it was total chaos  as children were crying and frightened passengers can be heard screaming.

"Leave your bags! Jump and slide!" flight attendants can be heard shouting.

The cause of crash is still under investigation.

Chaos inside the plane: