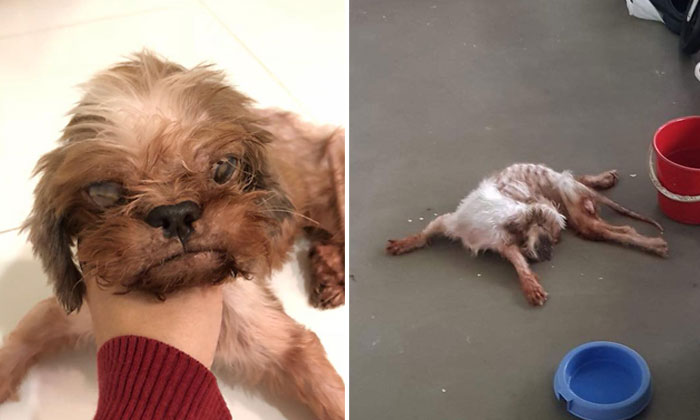 When rescuers found a dog named Hope, slumped on the floor outside an HDB unit at Ubi Avenue 1 on Wednesday (Aug 22), they were shocked.

Hope was severely emaciated and her rib cage and spine could be seen jutting from her skin.

A Stomper alerted Stomp to a post on Purely Adoptions Facebook page about the condition Hope was in when rescuers found her.

Apart from being malnourished, she had rotten teeth and gums, both her eyes were dry and white with cataracts, her nails were uncut and there were pressure sores on her hips.

"The rescuers knocked on the door to look for its owner, hoping to understand the dog['s] condition better," the post read.

"However, there was no answer to the door.

"With a civic mind and concern for the welfare of the skinny dog, rescuers brought it away, with the intention of bringing it to the vet for medical treatment."

Purely Adoptions said that it took it upon themselves to check on the dog after being alerted to the case on Facebook.

They gave her the name Hope.

In their post, they could not fathom how the dog's owner could let the dog's condition deteriorate to how it was when they found her.

"This dog Hope could hardly stand on her own. The fosterer needed to assist her to stand up. The paw pad is soft, and nails were long." 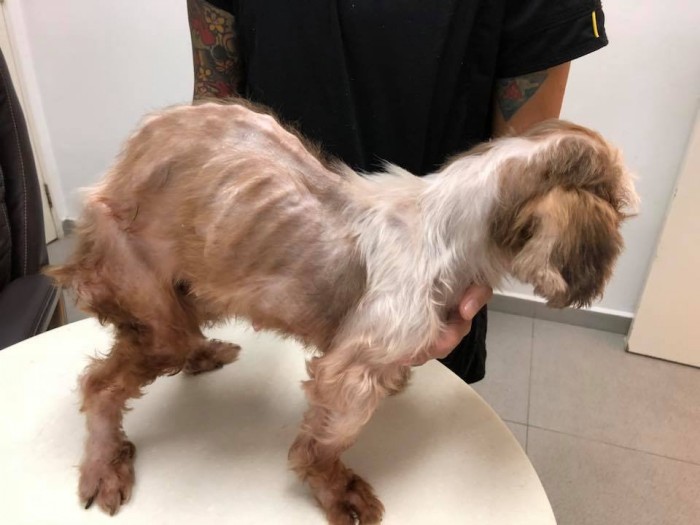 Purely Adoptions added that when they fed Hope, she was very hungry and ate as though she had not eaten in a long time.

Hope was promptly taken to a vet at Mount Pleasant where she was given a thorough medical check-up.

After blood tests were administered, her kidney and liver were to be fine and white blood cell count was normal.

She also tested negative for heartworm and tick fever.

However, Hope was found to have muscle atrophy and had low calcium content.

Purely adoptions has referred the case to the Society for the Prevention of Cruelty to Animals (SPCA).

When contacted, an SPCA spokesman confirmed with Stomp that they were aware of the case and that investigations are ongoing.