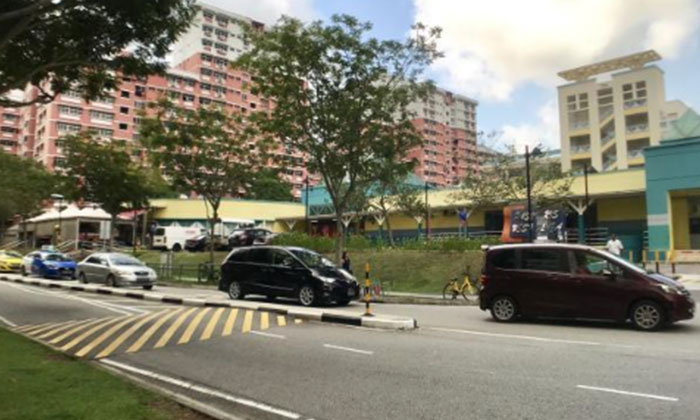 A 63-year-old woman suffered fractures on her left arm and injuries on her face after an alleged hit-and-run accident with a taxi on Friday (April 27) at about 6.40pm.

The incident happened along a stretch of road at Pasir Ris Street 72, towards Pasir Ris Drive 10, and a 52-year-old taxi driver is accused of leaving the scene after hitting the victim.

Facebook user Woon Koh said that her mother was knocked down by a taxi, and its driver fled the scene after the accident.

In a comment on her post, Koh added that her elderly mother suffered broken bones, cuts, bruises and also required facial reconstruction surgery after the accident.

The elderly woman was reportedly crossing the road to Pasir Ris West Plaza when she was hit by a taxi which was exiting the premises.

The impact of the collision threw the woman onto the bonnet before she fell on the road, reports Shin Min Daily News.

A witness said that after the accident, the taxi driver slowed down initially, but sped up again as he left the scene, leaving the injured victim on the road.

After the accident, the victim’s family lodged a police report and alerted the taxi company, hoping to identify the driver.

It is believed that the victim called her children after the accident, and was then sent to a hospital for treatment.

In response to a Stomp query, the police said that it was alerted to a hit-and-run accident involving a taxi and a pedestrian along Pasir Ris Street 72 towards Pasir Ris Drive 10 on April 27, at 6.50pm.

"The pedestrian, a 63-year-old woman was conveyed to Changi General Hospital for treatment.

"The driver, a 52-year-old man, is currently assisting with police investigation."

Another taxi driver told the paper that he only knew of the accident after the company sent an alert out to its drivers in a bid to locate the cabby involved.

According to Shin Min Daily News, the cabby claimed that he only knew that he had hit someone after receiving the company's notification.

An update on Koh’s Facebook page on Sunday (April 29) read that the driver has been identified and is now assisting the police.

Koh also thanked the passers-by who rallied to help and friends who shared her post.