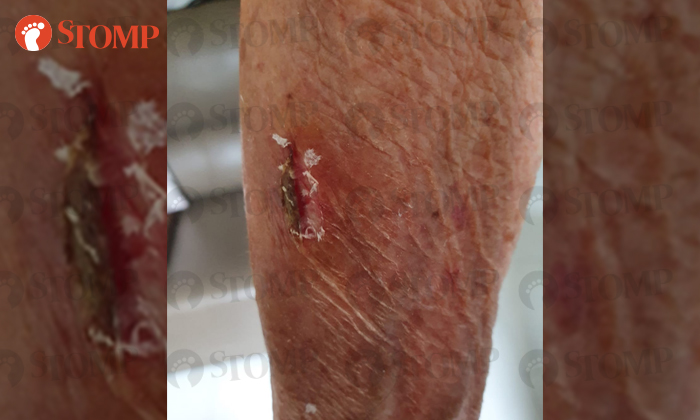 Police are investigating a hit-and-run accident involving a cyclist and an elderly pedestrian in Bukit Panjang on September 29.

Stomper Ong said her 75-year-old father had alighted at a bus stop in front of Block 202 Petir Road at around 6.45pm that day.

She told Stomp: "My father had just alighted from a bus and was walking toward the HDB block when he was hurt by a cyclist. The cyclist did not stop."

"The cyclist was part of a group that was cycling on the pedestrian walkway."

Ong's father suffered a deep cut on his arm as a result of the incident, she said.

The victim subsequently lodged a police report at the neighbourhood police post on October 1.

Ong added: "My father feels unsafe and insecure. He is worried that such a thing might happen again because there are more and more cyclists on pavements, making it unsafe for pedestrians, especially old people and children."