Elderly man dies after accident with e-bike, was planning to celebrate wife's birthday 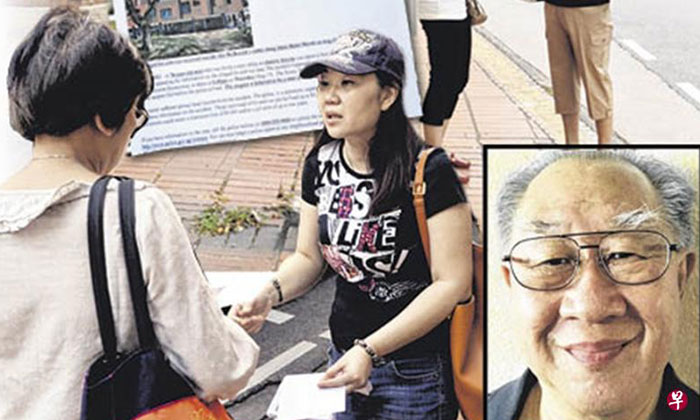 The accident happened around 6.34am, outside a McDonald’s branch at Jalan Bukit Merah.

The deceased had suffered serious head injuries after the accident and went into a coma after being hospitalised.

His family members are appealing for witnesses to come forward and identify the e-biker who had fled the scene after the accident.

The man’s niece, Meimei told Lianhe Wanbao: "[I] came back to the scene to see if I could find any witnesses."

Meimei and four other friends and family members also prepared over 200 flyers, which they gave out on Sunday (Aug 20) morning at the site of the accident.

After several hours, they found a 71-year-old man who told them that he had been part of a group who rushed to help the injured victim but had not seen the collision.

He said: "An office lady is the one who witnessed the whole incident. She was asking for passersby to help. So I was one of those who responded to her plea."

He also alleged that within the group was a man in his 30’s riding an e-bike, who seemed to have been involved in the accident himself.

He added: "The e-biker was very tall. I don’t know if he fled after crashing into the victim or waited until the ambulance arrived before leaving."

Meimei said that she hopes that the e-biker will turn himself in for investigation.

The son of the deceased told reporters: "We [the family] just want to know what happened."

Related Stories
Motorcyclist dies, GF undergoes amputation after racing with car at Woodlands
Man killed after getting struck by 2 trains at Fajar LRT Station was drunk and fell onto tracks
Single mum with stage 4 cancer raises S$900k via crowdfunding -- but subsidies get terminated
More About:
accident
tragic
e-bike
rider
death