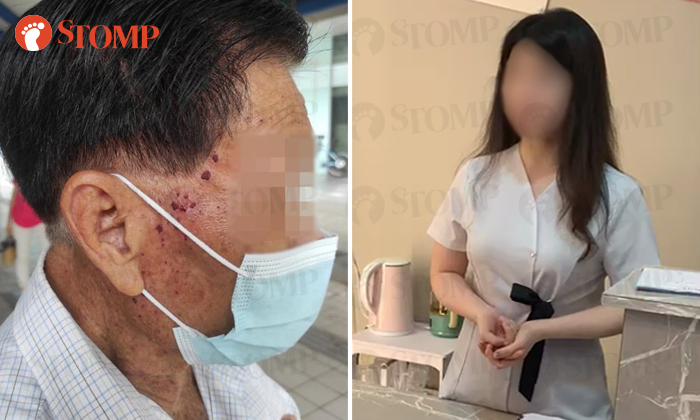 An elderly man was charged $4,445 for a one-time facial at a beauty salon in Tampines, leading to a dispute where police were called in to the scene.

Ho said: "My grandfather saw a signage advertising the facial for $38 and went in.

"A woman at the salon told him halfway through the facial treatment that it would cost $20 per oil pimple removed.

"As an old person, my grandpa's understanding was that the total amount would be less than $100. However, after the whole treatment, he was billed $4,445!

"The woman did not even give him an invoice or receipt. 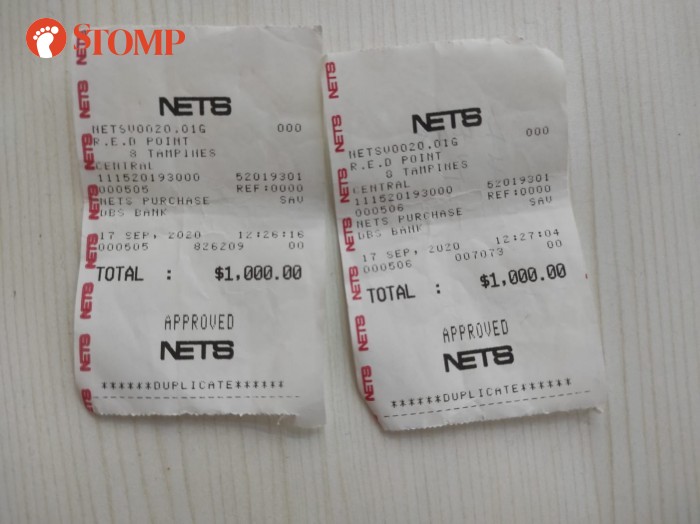 However, as Ho's grandpa had reached his NETS limit of $2,000, he had to go to the bank to withdraw cash for the remaining balance.

Ho told Stomp: "The woman from the salon followed my grandpa to the bank, where the bank teller alerted him to the possible scam, especially after noticing that the $2,000 transaction that he had made earlier.

"Just to clarify, this is not a package! It's a one-time facial price so we were surprised."

Ho said he tried asking the salon for a receipt several times but to no avail, prompting him to drop by the place on Sunday (Sep 20), reported Shin Min Daily News.

A dispute occurred between both parties.

In one video, a female employee is heard saying that she had explained to the elderly man about how each oil bump costs $20 to be removed and that she had counted each one aloud.

Employee: "So I don't understand why you all have to come and find me leh."

Man: "We have never had a facial that costs $4,445 in all these years, so we came to understand [the situation]. And can you give us the receipt?"

Employee: "You all cannot film me like this leh."

Man: "We want to understand."

Employee: "You all cannot keep filming me like this leh."

Man: "We just want to understand, whole Singapore never had a facial that costs $4,445 before."

In a second video, another female employee can be heard telling the elderly man's family to stop filming her without permission.

The family can also be heard telling the employee to call the police, with one man saying: "I know Singapore's law."

The employee said: "First of all, I need to tell you one thing clearly. When my colleague was [here], your father came to us on his own, we did not pull him in.

"Whatever my colleague did for him, she would definitely have told him the price. If she did not inform the price, we would not anyhow do it."

Both parties started arguing, with the family requesting for a receipt and the employee asking them to leave the elderly man's name, phone number and signature.

The police were eventually called in. 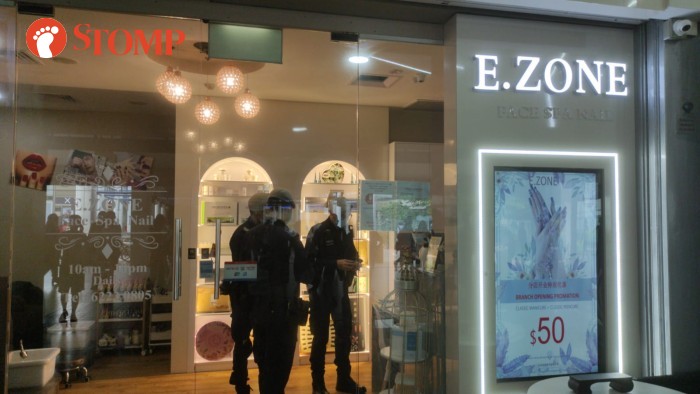 In response to a Stomp query, the police said they were alerted to a case of dispute at 513 Tampines Central at 11.56am on September 20.

"The police are looking into the matter," added a spokesman.

When contacted by Shin Min, the owner of the salon said that the elderly man had understood and agreed to the price before the treatment began.

Ms Huang, 40, said that the elderly man had requested for his feet to be washed as well as enquired about removing the bumps on his face and neck during his visit.

The salon did not solicit customers, said Ms Huang.

She added: "The CCTV footage clearly shows staff specifically telling him that it would cost $20 for every oil bump.

"During the treatment, the staff also counted aloud every oil bump one by one for him."

Ms Huang also denied that her staff had accompanied the elderly man to the bank and said that he had gone on his own. He then returned to confront her staff afterwards, before leaving angrily and refusing to pay the balance.

According to Shin Min Daily News, the employee who served the elderly man claimed that he had requested for 'special services'.

The elderly man denied doing so and said it was his first time hearing of this.

Ho told Shin Min: "My grandpa is already 87 years old, it is hard to believe that he would make such a request."