Husband and wife, both 78, die in Sengkang condo fire: She 'left a deep, deep footprint in our lives' 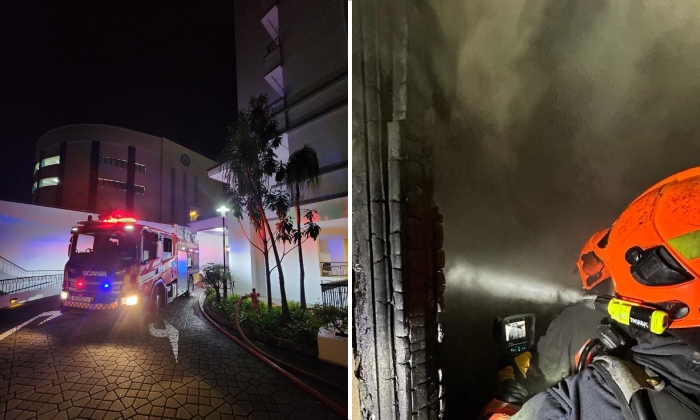 An elderly couple, both 78, died in a fire at Rivervale Crest condominium on Sunday morning.

The husband and wife were among three people who were unconscious when they were taken to hospital. The two subsequently died from their injuries, said the police, while a 73-year-old man remains in hospital.

On Sunday afternoon, Reverend Jacob Lim, a pastor from Paya Lebar Methodist Church, paid tribute to Madam Yeo during a service that was streamed online.

Church members whom The Straits Times spoke to said Madam Yeo was a church leader and a long-time member.

“We (are) saddened by the news of what happened this morning,” said the pastor. “Aunty Alice has left a deep, deep footprint in our lives, individually and as a community, as a family here.

So you can recall those good, beautiful memories that you have shared with Aunty Alice.”

Mr Robert Chan, who attends the church, said members were in disbelief when news started spreading within the community that one of those who died in the fire could be Madam Yeo.

The 79-year-old retiree described Madam Yeo, whom he had known for more than 30 years, as a very nice and caring person who would volunteer her time with bereaved families and those who were sick.

He added that Madam Yeo’s husband, Mr Tan, was a reserved person who would attend church services.

The Singapore Civil Defence Force (SCDF) said in a Facebook post on Sunday that it was alerted at about 1am to a fire at the condominium at 9 Rivervale Crescent.

When SCDF officers arrived, the fire was raging inside a unit on the 14th storey.

Firefighters forced their way into the smoke-logged unit and found three unconscious people inside.

They were carried out of the unit and taken to the ground floor.

SCDF’s emergency medical services personnel performed cardiopulmonary resuscitation on two of them and took them to Sengkang General Hospital.

The third person was taken to Singapore General Hospital.

About 150 people from neighbouring units were evacuated by the police as a precautionary measure.

SCDF said the fire involved that contents of a bedroom and that it was extinguished with a water jet. 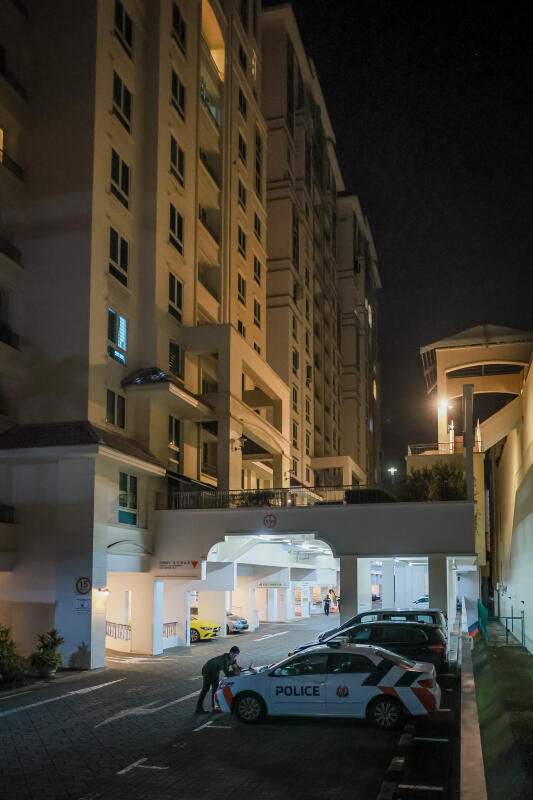 There have been at least five other deaths due to house fires this year.

In March, one member in a family of nine who lived in a New Upper Changi Road flat died when a fire broke out.

In May, three people, including a three-year-old child, died in a fire at a Bedok North flat.

In August, a 48-year-old man died after a flat in Jurong East caught fire.