Elderly man, 73, arrested after slashing younger man who tried to break up fight at Bendemeer 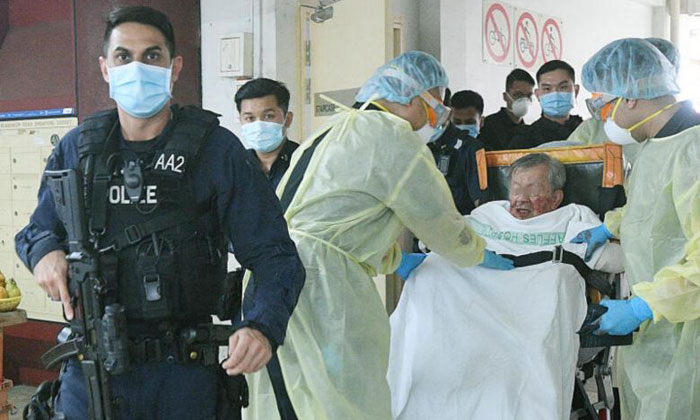 A man who tried to break up a brawl was left with gashes across his chest and cuts on his arms after a 73-year-old man allegedly slashed him.

The incident happened on Tuesday (Aug 25) in an office unit located above a Bendemeer coffee shop.

Shin Min Daily News reported that the elderly man had attacked his victim's father, 69, with a 15cm-long fruit knife.

The victim, 31, sustained the injuries when he tried to intervene. He was taken to Tan Tock Seng Hospital.

His father, identified only as Mr Wu, was taken to Raffles Hospital.

Mr Wu, who spoke to the Chinese evening newspaper, said his son is in a stable condition.

Police said they received a call at 1.04pm about the fight at Block 27 Bendemeer Road and arrested the elderly man for voluntarily causing grievous hurt with a dangerous weapon.

The 73-year-old was conscious when he was taken to Tan Tock Seng Hospital as well.

He is expected to be charged with voluntarily causing grievous hurt with a dangerous weapon on Thursday.