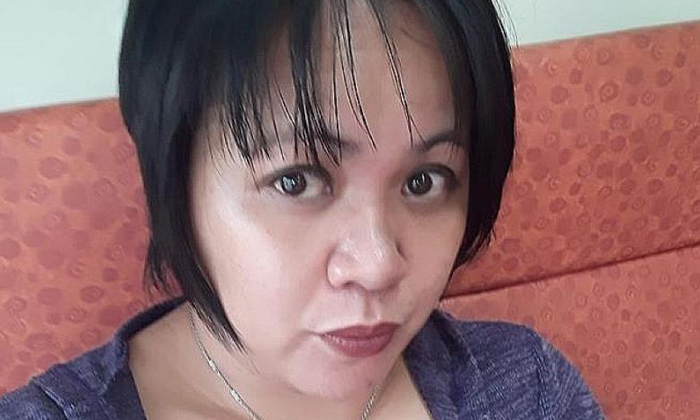 The employers of the maid who died in a hit-and-run on Saturday have said they will pay for her children's school fees until they graduate.

Filipina Lyn Ocampo Santos, 49, was walking on a covered walkway outside Farrer Road MRT when a car allegedly lost control and hit her from behind.

She was on her way to Empress Road Market and Food Centre, which she went to every morning to shop for groceries.

The police subsequently arrested a suspect, 24, for causing death by dangerous driving.

In an interview with Chinese-language newspaper Shin Min Daily News on Sunday night, Ms Santos' employers, an elderly couple who did not want to be named, said they cried when the police informed them of the accident.

Her employer said they were her first employers, and treated her like their daughter as they were close.

He said: "She would participate in all our festive celebrations and also go travelling with us. We went to Hong Kong last year, and we also planned to celebrate Christmas together this year."

Ms Santos is survived by a husband and two sons, 18 and seven.

Her cousin also told Shin Min that Ms Santos came to work in Singapore when her eldest son was about three years old and had been working in Singapore for the past 15 years.

She was the oldest in her family and had come to work here so that she could support her siblings.

Her employer also said Ms Santos would share with them her family affairs, and now that she has abruptly left them, they intend to sponsor her children's schooling fees until they graduate.

Her employers told Shin Min that they intend to hold a funeral for her at a church and also spoke to some of her friends to understand the Filipino culture at a funeral procession.

Ms Santos' cousin said: "After her husband claims the body, we will follow the wishes of the family, and we will also hold a funeral service in a church so that people can come and pay their last respects."

Shin Min reported that Ms Santos was a frequent volunteer at a church and was on her way to the market to buy food for a church activity when the accident happened.

Her employer said Ms Santos was good to the people around her and enjoyed gatherings and cooking for people.

He said she is irreplaceable in their hearts and the family would miss her dearly.

Chinese-language newspaper Lianhe Wanbao also reported yesterday that Ms Santos had planned to make a trip to the Philippines in March to attend her older son's graduation ceremony, and her family had plans to visit her next year.