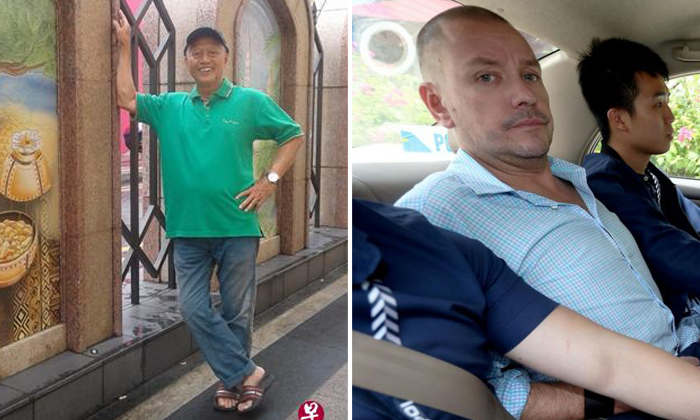 A man has been charged in connection to a case where a 74-year-old delivery rider died after being struck by a stray glass bottle at a condominium in Spottiswoode Park Road.

Mr Nasiari Sunee was at the Spottiswoode 18 condominium's barbecue pit area for a housewarming party on Sunday night (Aug 18) when he was hit on the top of his head by the bottle.

He was unconscious when taken by ambulance to Singapore General Hospital at 8.35pm, and his heart stopped thrice during treatment.

Mr Nasiari's blood pressure plunged the next morning and he succumbed to his head injuries at around 9am.

According to The Straits Times and Lianhe Zaobao, police visited condo residents door to door to look for the culprit responsible for causing the bottle to fall from height at the 35-storey property.

Residents were shown a picture of an Italian wine bottle, as well as asked if they had been drinking wine and whether they were willing to provide fingerprint samples.

Australian Andrew Gosling, 47, was arrested on Aug 28 in relation to the case, which has been classified as causing death by rash act

He was charged in court on Friday (Aug 30), said the police in a news release, and will return to court on Sep 3.

If convicted, he may be punished with a jail term of up to five years and/or a fine.