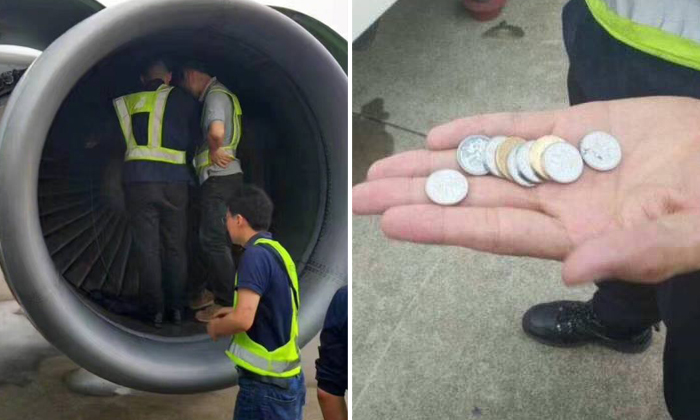 A China Southern Airlines flight from Shanghai to Guangzhou was delayed yesterday (June 27), after an elderly passenger tossed coins into the plane's engine.

According to People's Daily China, flight CZ380 and the 150 passengers that it was carrying remained on the tarmac at Shanghai Pudong International Airport for five more hours after the boarding process.

A woman, who was in her 80s and had limited mobility, was seen throwing coins at the engine from the middle of the boarding staircase for 'blessings'. Passengers who saw her alerted the crew.

Nine coins were found in one engine after maintenance inspected the aircraft.

China Southern Airlines said in a statement on its Weibo account, "A senior passenger threw coins to the plane’s engine and delayed the flight. The passenger involved has been taken away by police."

"In order to make sure the flight is safe, China Southern maintenance has conducted a full exam of the plane’s engine."

According to South China Morning Post, the plane's captain was quoted as saying the metal, if sucked up by the engine, could have caused serious damage, including failure.

Police added in a statement, "After investigation, the involved passenger surnamed Qiu said she threw the coins to pray for safety. According to Qiu’s neighbour, Qiu believes in Buddhism."