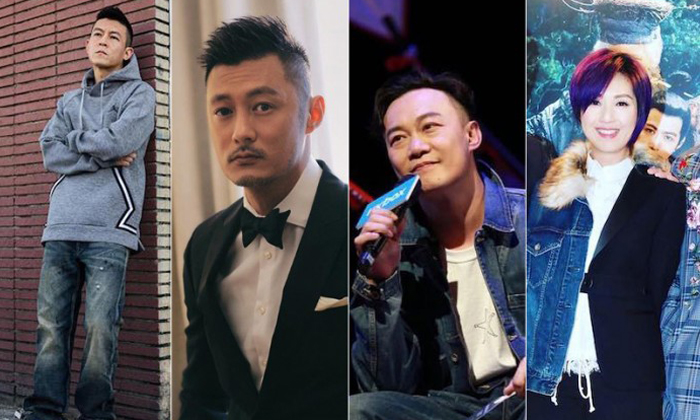 Hong Kong celebrity Edison Chen might have toned down after fatherhood, but it seems like the 38-year-old still has it in him.

The once-notorious star is back again with another controversy.

A few days before Chinese New Year, Edison posted a photo of his label CLOT's new festive collection for Dover Street Market, an international multi-brand retailer known for their streetwear.

While most commentors were all for his designs, some were just dissing it. But all was cool until this comment set Edison off: "Hope to see CLOT X MADNESS next year!"

MADNESS, if you have not heard of it, is fellow actor Shawn Yue's label. The two stars have reportedly been feuding for years.

Reports have said that their bad blood started when both stars became interested in Hong Kong singer-actress Gillian Chung, and were seen fighting for her affection.

While this love triangle has diminished since Edison started a family with his model-girlfriend Qin Shupei, Shawn married Taiwanese model Sarah Wang and Gillian wedded her Taiwanese doctor beau Michael Lai, it seems like the two men's feud still has not.

Adding fuel to the fire, as the proud founder of CLOT, Edison reportedly feels like he is the 'original' while Shawn (and his label MADNESS) only copies designs.

"We don't stand with weak asses...... Go wear the ugliest Timberlands ever made...... Of course by SADNESS...... CLOT soldiers win...... [Yo]u ain't no soldier, you [are] a trend following bitch," continued Edison in the heated exchange with the same commentor, still in all caps.

SADNESS, we presume, is what Edison calls MADNESS. And MADNESS did just release a collaboration with shoemaker Timberland last month.

The commentor, or "fan" as he calls himself, continued to rebut the star, seemingly enjoying this exchange.

"You don't allow your fan [to] wear MADNESS, right," he adds.

"Hahaahhahaa [yo]u can do whatever yo[u] want to do, just don't be saying stupid shit on my feed...... [Yo]u can be lame on ya own posts / Not mine," Edison replied.

But that is not all.

Another netizen then posted this comment in Chinese: “I am neither a fan nor a hater of MADNESS, but your friends @mreasonchan (Eason Chan's Instagram account) and @yeungchinwah (Miriam Yeung's Instagram account) used to support CLOT over 10 years ago, but now, they have moved on to support MADNESS, why don’t you find out where your problem lies?”

That got Edison fuming yet again.

The star responded (again, all in caps), “They ain’t my friends so they can do what they want…… Lames hang with lames…… They [are] small city folk[s]…… We [are] on a different level…… Don’t even get me started on these snakes."

Edison and actress Miriam were once in the same management company and had worked together in movies. They even referred to each other as brother and sister when their friendship was at its best.

Singer Eason and Edison were even closer -- both of them were from the Emperor Entertainment Group and were great friends together with Nicholas Tse. The two also collaborated on movies and music.

Showbiz is indeed complicated -- you may be best buds one day and "snakes" (slang for backstabbers) the next.