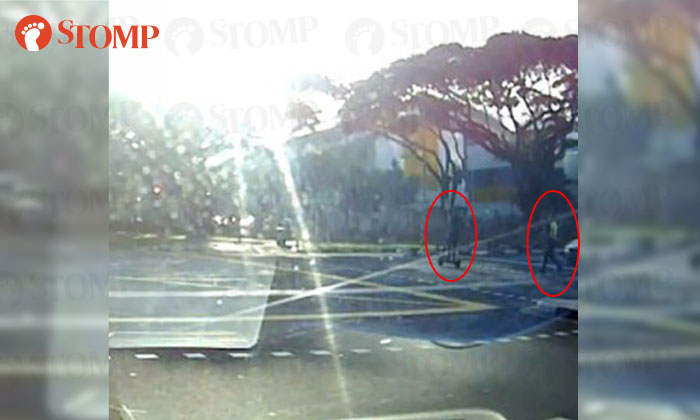 An e-scooter rider dashed past an enforcement officer, who seemed to be chasing after him, at the junction of Sims Drive and Aljunied Road at about 8.02am yesterday (Nov 15).

Stomper Mr Lin was in the car when he witnessed the incident.

He sent Stomp a video captured by his in-car camera.

In the video, Mr Lin's car is in the second lane.

Just before he turns right, an e-scooter rider emerges and crosses the road.

The Stomper said: "An enforcement officer was shouting at him to stop, but he just continued going."

The enforcement officer jogs across the road and starts walking when he reaches the other side.

"This is very dangerous. The way the e-scooter rider was going, he could have been knocked down at any time," Mr Lin added.