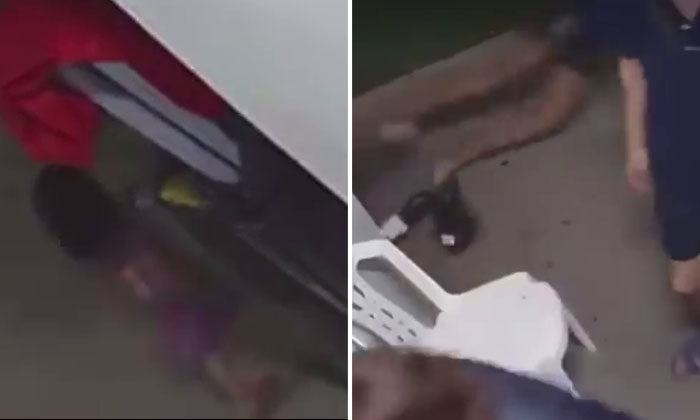 E-scooter rider who crashed into toddler at Boon Lay was defiant and asked, 'Why cannot ride here?'

Amidst debate on whether personal mobility devices (PMDs) should be banned comes yet another accident involving an e-scooter rider.

Several Stompers alerted Stomp to a video posted on SG Road Vigilante's Facebook page of an e-scooter rider crashing into a toddler at a void deck.

It is unclear where this happened but according to the time stamp on the footage, it occurred on Sunday (Oct 6) at about 8.35pm.

In the video, the small girl is seen wandering away from a group of adults.

Suddenly, a guy on a PMD is seen zooming in from the left before a loud crash and a child's cries are heard.

The rider is seen flying off his device following the collision while adults are heard yelling as they rush to the child who is blocked by a column.

According to the post, the toddler allegedly suffered bruises to her thigh.

Last month, 15 People's Action Party town councils implemented a ban on using PMDs, bicycles and power-assisted bicycles at the void decks of Housing Board flats in their towns.

Users have a two-month grace period - Sep 1 to Oct 31 - before they are punished for violating the ban.

Riders who violate the ban during this period will be issued a warning letter for their first offence.

After Oct 31, those convicted of violating the ban or riding recklessly may be fined up to $5,000.