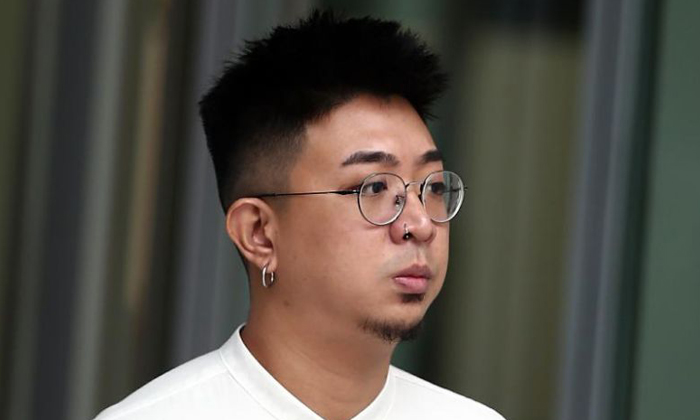 A part-time food delivery rider was at work on his e-scooter when his bag hit a pedestrian, causing the man to hurl an obscene word at him.

Unhappy, the delivery rider Rominico Ezekiel Siddons got off his device and approached Mr Lim Say Khye, 60, in an aggressive manner before punching him.

The 25-year-old Singaporean was sentenced to a fine of $4,000 on Tuesday (Feb 11) after pleading guilty to an assault charge.

He was riding the e-scooter in Pasir Ris Town Park at around 9pm on July 24 last year when he overtook Mr Lim who was walking nearby.

The court heard that Siddons did not stop riding even though he felt his delivery bag hit the older man.

Mr Lim was unhappy that Siddons had failed to apologise, and shouted an obscene word at him.

Deputy Public Prosecutor Tan Tongyi said: "The accused then dismounted his e-scooter and approached the victim in an aggressive manner. He confronted the victim and asked the victim whether he intended to apologise to him.

"The victim refused and insisted that the accused should instead apologise for knocking into him."

A passer-by, who saw Siddons raising his right arm towards Mr Lim, became worried and decided to seek help from others in the area.

Siddons then punched Mr Lim once on his left cheek before delivering another blow to the latter's chest.

Two passers-by later stepped in to separate the pair and Mr Lim called the police to tell them about what had happened.

As a result of the incident, Mr Lim suffered pain to his left cheek and right chest.

He did not seek any immediate medical attention, the court heard.

For assault, Siddons could have been jailed for up to two years and fined up to $5,000.