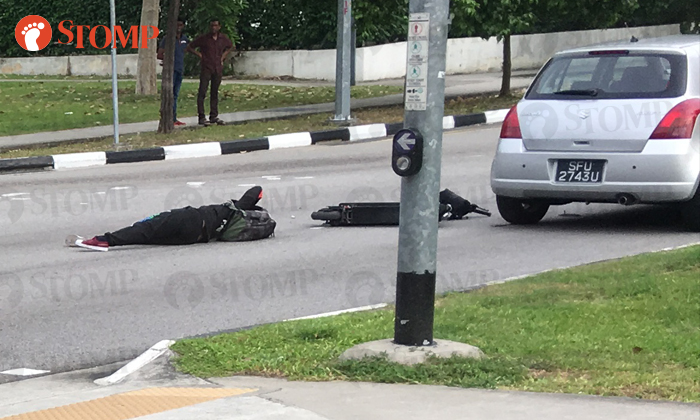 An electric scooter rider was injured in an accident involving a car along Serangoon Road this morning (Oct 20).

In response to media queries by Stomp, the police said that they were alerted to an accident involving a car and an e-scooter along Serangoon Road, towards the junction of Jalan Toa Payoh and Upper Serangoon Road, at 9.20am.

According to the Singapore Civil Defence Force (SCDF), the victim suffered head injuries.

Stomper Ferrand was at the scene at around 9.25am and alerted Stomp to the accident.

Photos that Ferrand took show the rider, who was still carrying a bag on his shoulders, lying on the road while her scooter lay nearby.

Other motorists can be seen stopping at the scene and at least one man approached the victim to offer his assistance.