E-biker dies along Sims Avenue: Video shows him crossing road before getting hit by prime mover 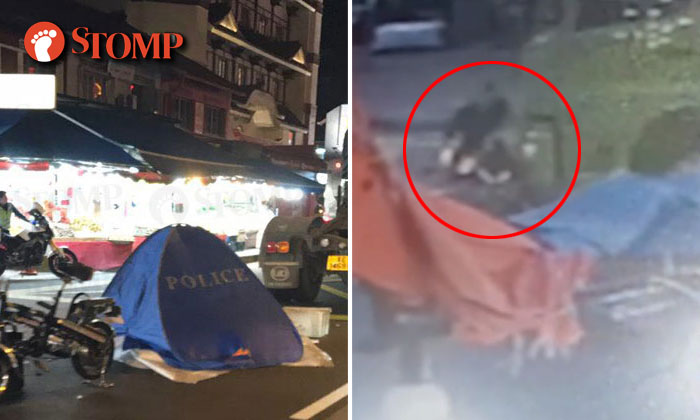 A video circulating online shows what happened during an accident along Sims Avenue that left a 59-year-old e-biker dead on the evening of Jun 12.

In an earlier Stomp article, it was reported that the e-biker was hit by a prime mover and that the driver of the huge vehicle was subsequently arrested.

Stompers Timothy, Andy, Mask and Shawkat sent in photos and videos from the scene showing a police tent covering the body and the green prime mover parked nearby.

In a video posted on Shin Min Daily News, the e-biker can first be seen trying to cross the busy road. He rode his mobility vehicle in front of the stationary prime mover.

He then briefly stopped the e-bike in front of prime mover as traffic started to move.

Moments later, the driver of the prime mover accelerated and ran over the e-biker.

The former is believed to have been unaware of the e-biker's presence due to the height of his vehicle.

In response to Stomp's media queries, a police spokesperson said that they were alerted to the accident at 6.58pm.

The 59-year-old male cyclist was found lying motionless and was pronounced dead by paramedics at the scene.

According to reports, the e-bike rider was believed to be an employee of a zi char food stall at a coffee shop at Lorong 17.

He was making a delivery on his e-bike when he was struck down by the prime mover.