E-bike rider, 69, killed after accident with Maserati and another car along Cantonment Rd, 1 driver arrested 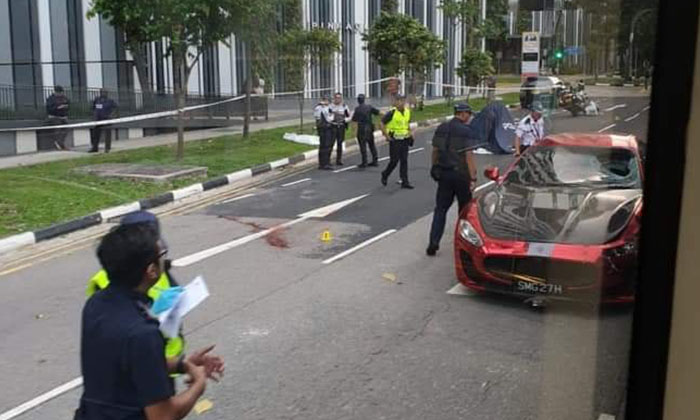 The police told Stomp that two cars were involved in the accident.

"The second driver had left the scene before police arrived," said the police spokesman.

A 69-year-old rider on a power-assisted bicycle was killed in an accident involving a Maserati car along Cantonment Road on Sunday morning (Jan 5).

Facebook page SG Road Vigilante also posted photos of the accident's aftermath with a caption saying that according to an eyewitness, the Maserati was "driving against traffic".

The eyewitness told SG Road Vigilante that the power-assisted bicycle rider was crossing a traffic light when the Maserati hit her. A breathalyser test was also conducted on the Maserati driver.

Photos of the accident's aftermath were published on Facebook page Singapore Taxi Driver, where it's caption said that the accident occurred right outside The Pinnacle@Duxton.

Responding to a Stomp query, the police said: "On 5 Jan 2020 at 5.52am, the police were alerted to an accident involving a car and a power-assisted bicycle along Cantonment Road towards Keppel Road.

"The power-assisted bicycle rider, a 69-year-old woman, was pronounced dead at scene by a paramedic.

"The driver, a 25-year-old man, was arrested for dangerous driving causing death.