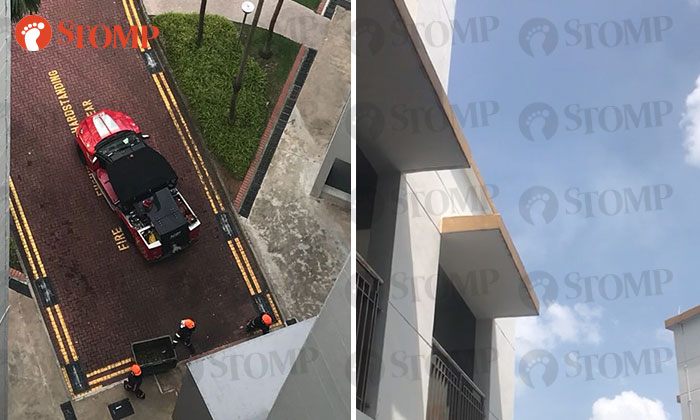 SCDF firefighters promptly arrived at the scene in a Red Rhino and extinguished the fire.

He told Stomp that since he moved to the block six years ago, this was the fourth time that the chute has caught fire.

“I suspect some people have been throwing cigarette butts into the chute."

He revealed that the town council has also recently placed up posters warning residents not to throw flammable objects into the chute.

In response to a Stomp query, an SCDF spokesman said that the SCDF received a call about a fire at 2.50pm.

The fire involved the centralised rubbish chute of Block S656D Jurong West Street 61, and was extinguished using a domestic hose.