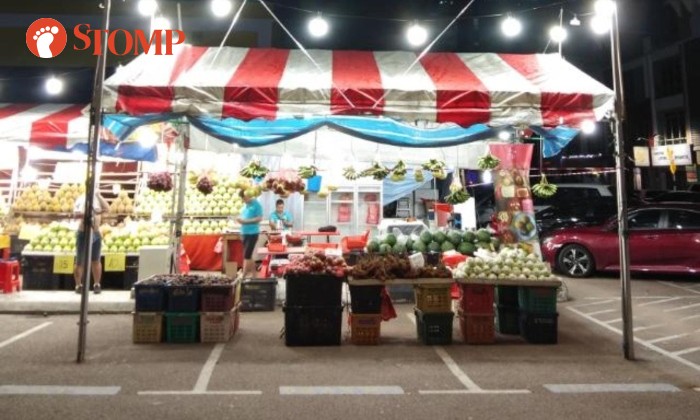 That is a lot of durians.

A durian seller is alleged to owe a fruit supplier $2,500 after ordering 1,080kg of Mao Shan Wang durians.

Stomper B3N said the durian seller, Ah Hua, had ordered from his partner and him six 180kg baskets of the fruit, which comes to a total of 1,080kg, in July last year.

"We have been chasing him for the balance of the amount, but he kept using vulgarities to scold us," said the Stomper.

"Now he blocks my WhatsApp and hangs up when I call." 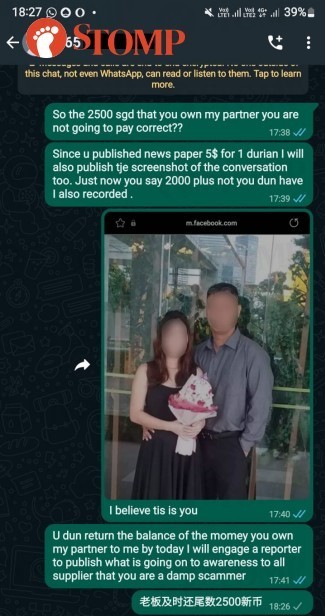 The Stomper said that he had gone to the police and he was advised to engage a lawyer and file a claim in court.

The problem is that he normally deals in cash terms and has nothing in black and white.

"My partner dealt with him," he told Stomp, adding that the partner is a relative.

The irony is that the Stomper revealed that Ah Hua had previously failed to pay the Stomper’s partner $14,000 for durians supplied to Ah Hua in 2020.

So why did the Stomper still supply Ah Hua with durians when Ah Hua had not settled his earlier debt?

"Because Ah Hua said he would pay after he sold the durians and my partner trusted him. I already advised him not to, but he said that if we didn’t supply durians to Ah Hua, he would have no money to pay. Ended up this happened."