Drunk man lies on ground at Sengkang coffee shop, but no one cares 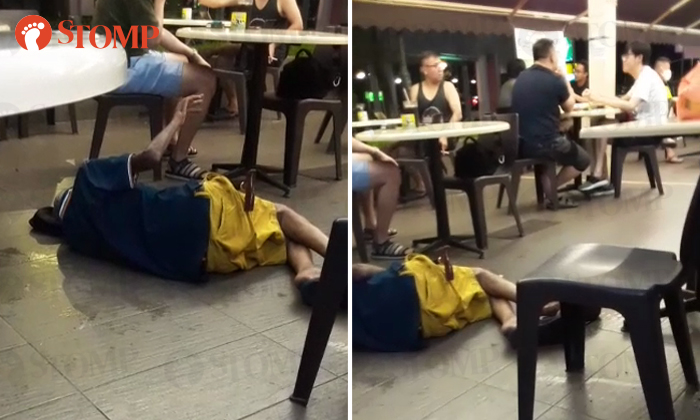 A man was seen drunkenly lying on the ground at a coffee shop in Sengkang on Wednesday night (Nov 24), but no one batted an eyelid.

The incident occurred at Block 205D Compassvale Lane at around 10pm.

A Stomper, who shared a video of the man lying on the floor, expressed shock at how nobody went forward to help.

In the video, other coffee shop patrons can be seen not paying any heed to the man as he lay on his side.

The Stomper recounted: "At around midnight, someone assisted the man up to a chair. He sat there for a long time.

"I wanted to call the police and ambulance but people at the coffee shop said he lived nearby. Someone he knew passed by and told him to go home, but he continued sitting there.

"Then I left the coffee shop."