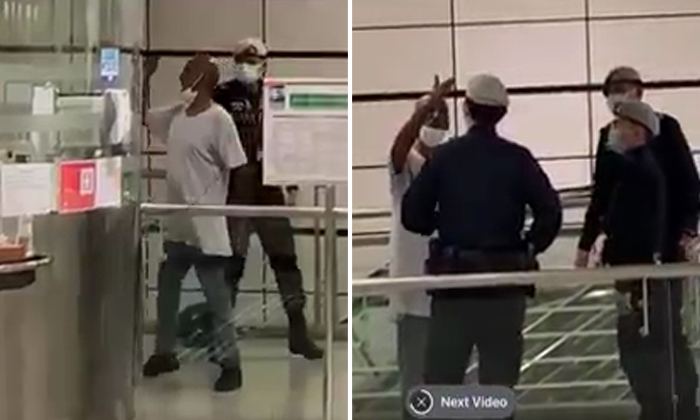 A 62-year-old man was arrested after he was seen kicking up a ruckus at Boon Keng MRT station on Saturday morning (May 8).

A video posted online shows the man shouting at station staff and officers, as well as hitting the glass panel of the passenger service counter with his hand.

In response to a Stomp query, the police said they received a call for assistance at the MRT station at 10.14am.

"Upon arrival of officers, a 62-year-old man who was believed to be drunk, was seen causing nuisance by slamming at the glass panel of the passenger service counter and shouting incoherently," police added.

Despite repeated advice by the officers for the man to calm down, the man continued to behave aggressively and allegedly tried to kick the officers when they were restraining him.

The man was subsequently arrested for causing annoyance to the public when drunk under Section 14(2) of the Liquor Control Act and using criminal force to deter a public servant from discharge of his duty under section 353 of the Penal Code.