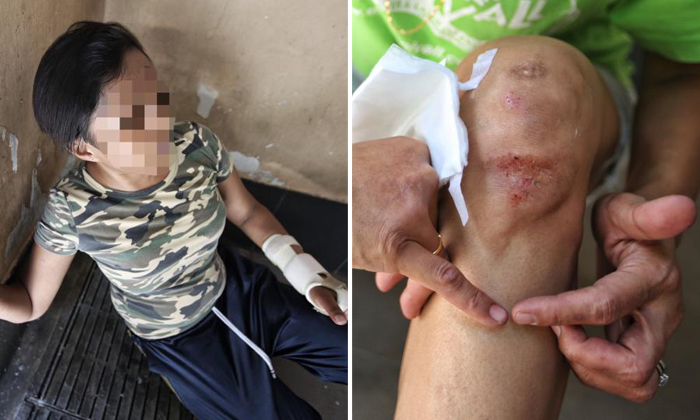 Three sisters got into a violent dispute with a man at Block 112 Jalan Bukit Merah on Monday (May 6).

In response to a Stomp query, the police said they were alerted to a case of voluntarily causing hurt at 1.12pm and are looking into the matter.

A woman, 35-year-old Noraini, told Shin Min Daily News that she was in a shop when a man walked by and asked her loudly, 'Are you drunk?'

The man looked like he was in his 30s and reportedly reeked of alcohol.

According to Noraini, she was about to ask the man what he wanted when he suddenly rushed forward and slapped her.

The two then got into a tussle. Noraini said that she fought back and was joined by her two sisters.

During the altercation, the man slammed Noraini's head into a wall.

Her head started to swell and she felt dizzy. She also sustained abrasions on her arms.

The three sisters tried to stop the man's assault but he was too strong.

Noraini's sister, a 45-year-old housewife, said she was pushed to the ground during the incident and suffered abrasions on her knee as a result.

The trio then called the police and more than 10 officers arrived at the scene.

However, the man had fled by then.