Driving car with high windscreen? Beware when reversing into parking lots with these railings 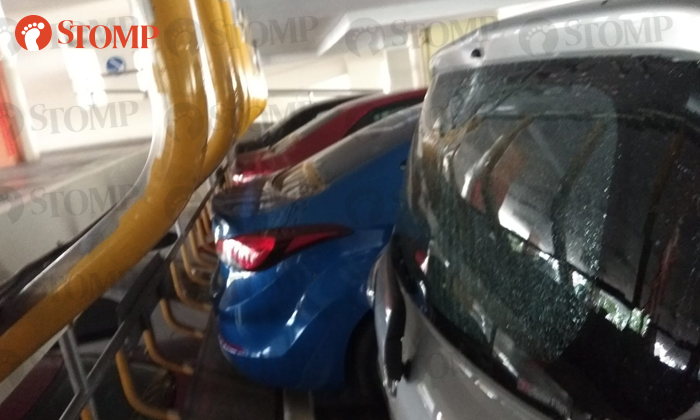 Are you driving a vehicle with a high windscreen? You might want to learn from Stomper Goh's experience and be extra careful when reversing into parking lots at certain multi-storey carparks.

Stomper Goh was reversing his Toyota Sienta into a parking lot at Block 354 Jurong East Avenue 1 last Thursday (Nov 15) when he backed into some railings.

He said that the railings, meant to separate different levels of the carpark, were protruding.

The Stomper added: "I happened to be there for breakfast at around 9.30am.

"My car's rear windscreen was smashed when I reversed my car while parking, as I did not notice that the railings were protruding from above.

"There was no stopper or barrier at the bottom of the lot to deter me from going in further."

Goh noted that there was a sign informing motorists to be wary of the railings, however. 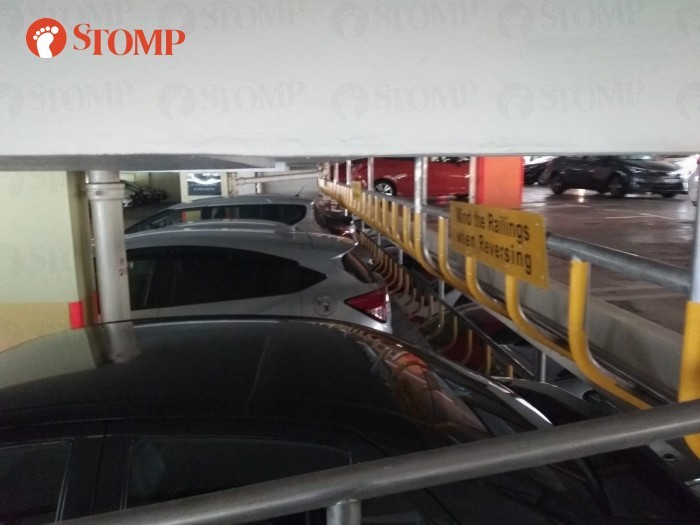 Stomper Goh's car sustained a dent and a damaged windscreen as a result of the collision. 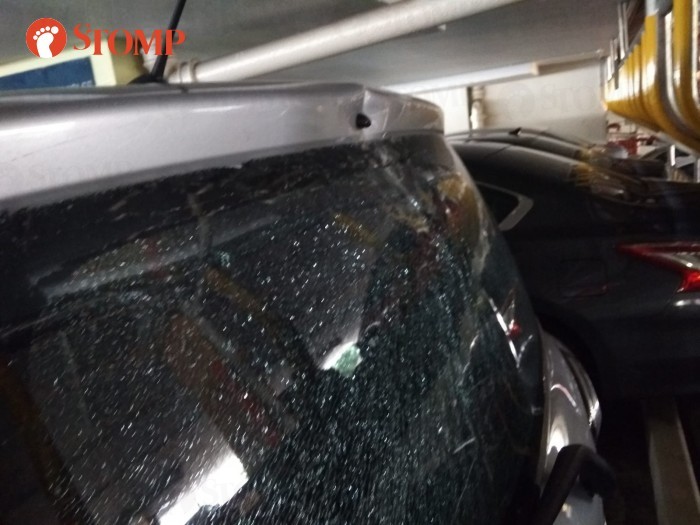 Goh said: "From what I understand when I visited the workshop, there are a lot of such cases.

"I also noticed marks on the railings, which show that other vehicles had similar experiences as well." 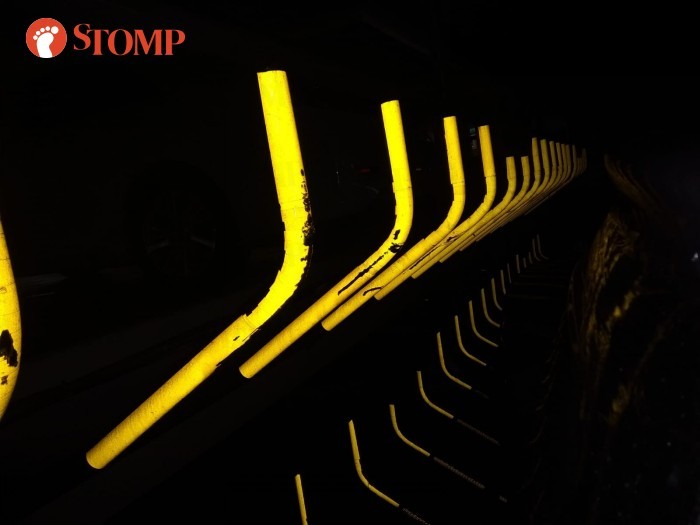 "I just want to highlight this to those who have vehicles with a high rear windscreen and tell them not to be silly like I was," Goh told Stomp in a phone interview.

"I also hope the relevant organisations can do something about it, like making the railings higher."