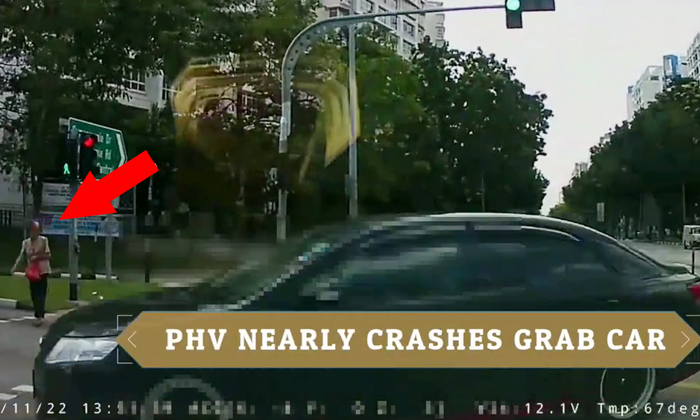 A driver made a turn even though the traffic light was not in his favour, nearly causing an accident with another motorist and a pedestrian.

The motorist, who is a Grab driver, shared video footage of the incident on Facebook group 'The Pirate Car Show'.

Stomper Lindy, a member of the group, alerted Stomp to the video and said the Grab driver was also the one who got 'road-raged' at by another driver on Nov 14.

This latest incident occurred in Punggol on Nov 22 at around 1.50pm.

In the video, the driver of a black car can be seen making a turn at a cross junction despite the traffic light not being in his favour and an elderly woman crossing the road at that time.

The Grab driver had to apply his emergency brakes to avoid crashing into the black car.

A caption accompanying the video said: "Whatever your reason for rushing to turn, remember the loved ones waiting for you at home."

According to the video, the Grab driver stopped his vehicle and went to check on the pedestrian after the incident.