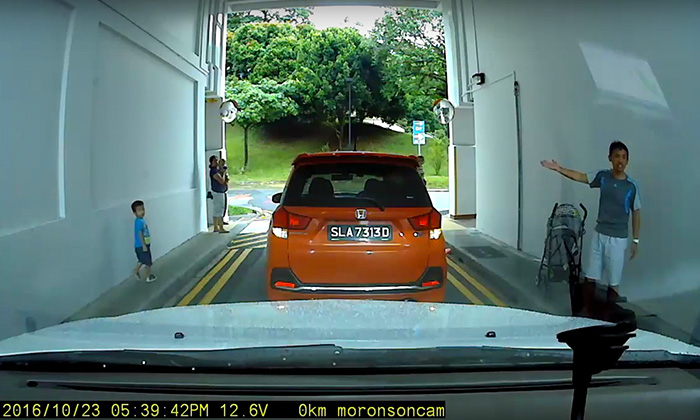 What could possibly be worse than taking your own sweet time to unload a car at a one-way lane? Probably berating a fellow motorist who is waiting behind while you hold up the traffic.

Stomper Venugopal alerted the Stomp Team to a YouTube video of a driver who took his own sweet time dropping off passengers at a one-way lane, holding up fellow motorists behind him.

Based on the date and time stipulated in the video, the incident took place at around 5.39pm on Oct 23.

In the video, the inconsiderate driver is seen slowly unloading the car while the passengers with children are seen leisurely alighting from the car.

According to the information provided by the owner of the YouTube video, it states that the motorist behind honked at the driver, causing the driver to turn around and berate the motorist before driving off.

The footage also shows passers-by at the back stopping on their tracks to see what is going on as the driver continues to make a scene.

You can watch the video below and let us know what you think in the comments section.