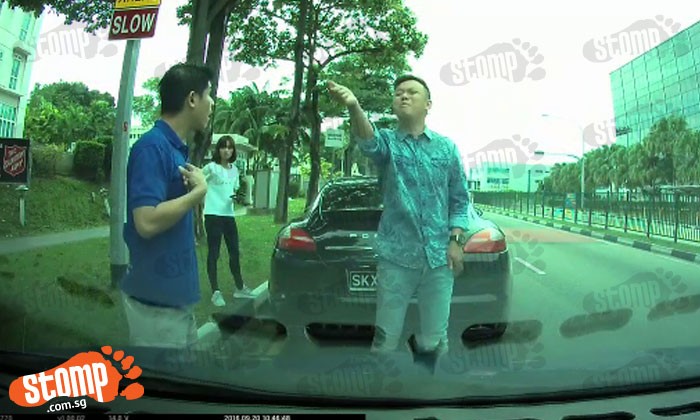 Stomper Jas was travelling along Upper Changi Rd at around 10.46am yesterday (Sep 21) when the driver of a Porsche cut into another car’s lane recklessly.

Not only was the Porsche driver reckless, he also pulled up along the road shoulder immediately and started yelling at the car owner as if he was not at fault.

And yes, everything was caught on video. Two videos actually.

One video shows the car cutting into the other car's lane recklessly, almost hitting the car.

If you watch closely, the Porsche later stops in the middle of the road, making it difficult for the yellow cab behind it to maneuver as well.

The video stops when the Porsche pulls up along the road shoulder.

The next video shows both drivers getting into a heated argument.

According to the stomper, the Porsche driver was arguing that he was not to blame.

“The person who is in wrong gives attitude. World change? Or people change?” said Jas.