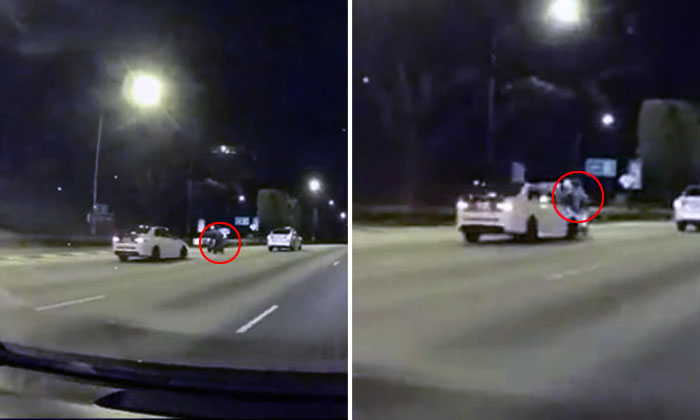 A motorcyclist was left with head injuries after a driver rammed into him on PIE and fled yesterday (Sun, Jan 29).

The clip shows the car going at a tremendous speed before slamming into the rider.

The shocking clip also shows the driver speeding off without stopping, while another driver stops to help the motorcyclist.

The motorcyclist was taken to the National University Hospital, where he is understood to be in stable condition, reports The Straits Times.

His motorcycle caught fire immediately after the crash, and two motorists who stopped to render aid helped to put out the blaze with their own extinguishers.

The Straits Times reports that the Singapore Civil Defence Force said it dispatched a fire engine and an ambulance to the scene.

"On 29th January 2017, at 5.54am, the police were alerted to an accident involving a car and two motorcycles along PIE towards Tuas.

"A 46-year-old male motorcyclist was conveyed to NUH.