Guys in BMW show middle fingers, lean out of car to spit and chase driver at Pasir Panjang Rd 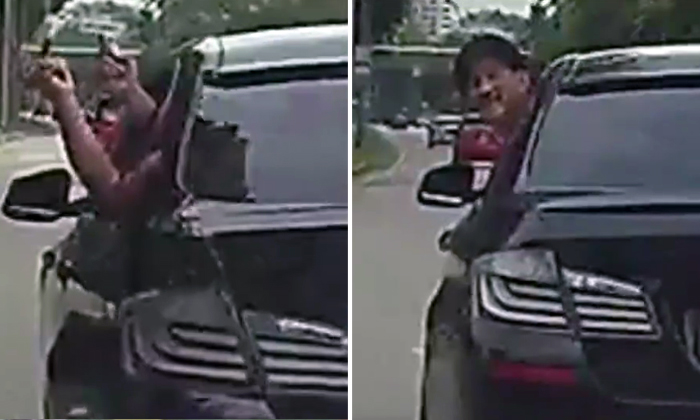 A driver who was chased by a group of guys in a black BMW has shared a clip of the incident, that happened in Pasir Panjang, online.

The driver, Daniel C, shared the video on Roads.sg, saying that the group of men in BMW SKS59B were behaving aggressively and driving dangerously.

"They cut abruptly into my lane, then they start to gesture wildly and aggressively. One of them even sticks his head out of the car window and spits," said Daniel C in his post.

"They continue to block my way, then they turn on their hazard lights and gesture for me to pull over to the left - presumably so they can enforce their misguided sense of vengeance through physical violence?

"Fortunately, I was able to pass them on the right lane, and drive closer to the car in front so they couldn't jam brake and cause an accident.

"They seemed to be trying to overtake me from the left, but I managed to make a u-turn and take a different route."

While some agreed that the men should not behave in this manner, others questioned if the driver had done something to provoke them.