Eh BMW driver, I give you space yet you recklessly cut into my lane 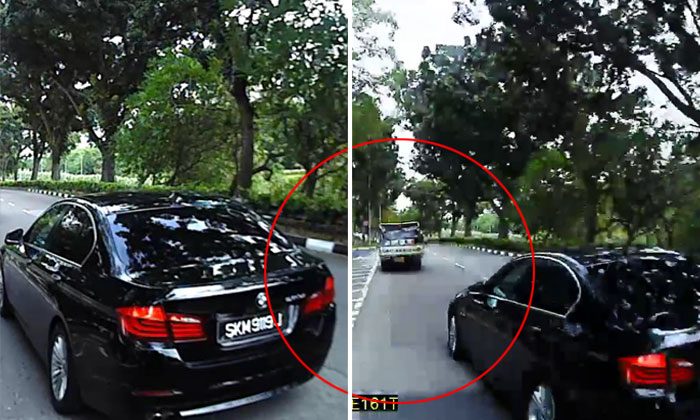 Another day, another problematic luxury car driver -- in this case, one behind the wheel of a BMW.

A dashboard camera video shows a BMW driver deliberately cutting into a tow truck driver's lane after turning right at a junction.

The video was posted by Facebook user Wen You Koh on the SG Road Vigilante page yesterday (Jan 16).

According to the user, the following incident took place at around 10.25am yesterday along Punggol Road towards SengKang.

As seen from the video, the tow truck driver made a wide turn at a junction to give the BMW enough space, but ended up having the driver cut into his lane instead.

"I had already made a wide turn to avoid you, but the BMW SKM9119J, also made a super wide turning and cut into my lane.

"The BMW almost caused an accident.

"Anyway, my truck is even harder than your car."