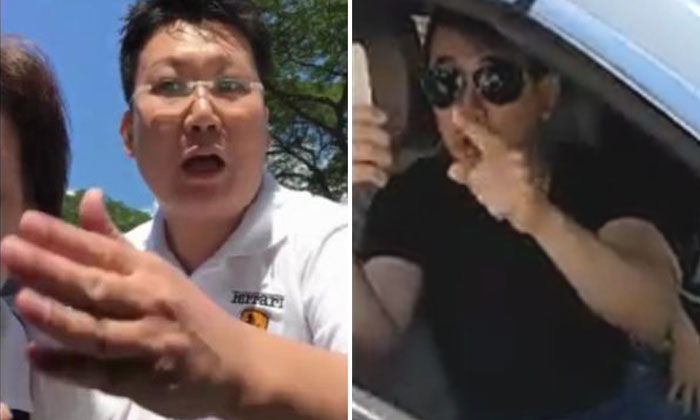 A video of a driver with licence plate SDZ117M who got into an argument with a BMW driver after overtaking the latter's lane and getting honked at has gone viral.

The video taken by the BMW driver was posted on Roads.sg's Facebook page.

According to the BMW driver the reason for the dispute arose after the other driver jammed his brakes in front of his vehicle after entering the PIE at Exit 8B.

"He accused me of not slowing down my vehicle (I am already driving at 60km/h) and I should brake to allow him to enter PIE. But I did not even see his vehicle in front of me."

Stomper Marcus alerted Stomp to a video the driver of SDZ117M has posted in order to show his side of the story.

"Hope this video will explain why I confront[ed] the driver.

"The police have been contacted after the incident and are investigating."

However, instead of restoring his good name, it seems as if he has done the opposite.

Although the video shows the BMW not giving way to him after he filtered onto the expressway, it also shows him overtaking the BMW from the left by driving on the road shoulder and braking suddenly.

Netizens have put him on blast for posting evidence of his own dangerous driving.