Do you know this lousy driver? "She hit our parked car at The Centrepoint carpark -- then simply drives off" 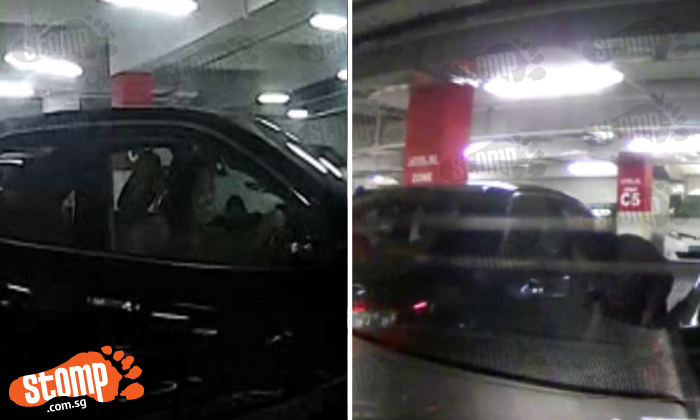 Stomper Roselind shared with the Stomp Team a video taken by her dad's car camera on Nov 27 at 1.42pm, showing a driver who, while parking, hit her dad's parked stationary car and drove away.

She is hoping that the driver can be identified from the video.

"It happened near the C5 Pillar at Centrepoint basement carpark.

"The female driver overestimated her driving skills and drove into a parking lot using the car front instead of the rear.

"Her mindless actions resulted in deep scratches on my dad's car's front right bumper and headlights."

In the video below, the driver, instead of checking the Stomper's father's car or leaving a note, simply drove off.

The driver is then seen driving her car into the next empty lot before alighting to wipe any marks off her own car.

"Unfortunately, we did not manage to capture the car license plate number, but we hope to identify the irresponsible driver before she causes even more severe damages to other drivers," Roselind added.