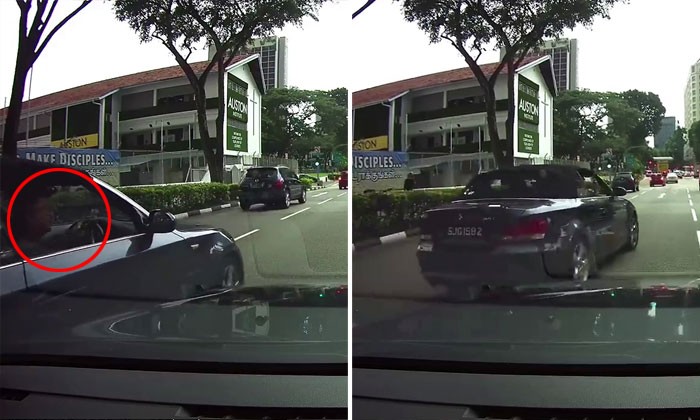 A video circulating on Facebook shows a BMW driver nearly causing an accident after cutting abruptly into a lane occupied by another driver along Ophir Road on Nov 18 at 6.30pm.

The video published on Beh Chia Lor - Singapore Road first shows Jonas Chan, the driver who recorded what happened, driving on the second lane of the four-lane road.

After he drove past a bus stop, the BMW with licence place number SJG158Z abruptly cut into his lane and nearly hit his vehicle.

Instead of being apologetic, the BMW driver insisted that he was not in the wrong and started scolding Jonas.

"You are in that lane, idiot! Get lost."

He then drove away thereafter.

Well, looks like someone needs to make a trip back to driving school.

At the same time, kudos for Jonas for being the bigger person and not escalating the argument!