Weird crash on KJE: How did BMW driver not see huge garbage truck? 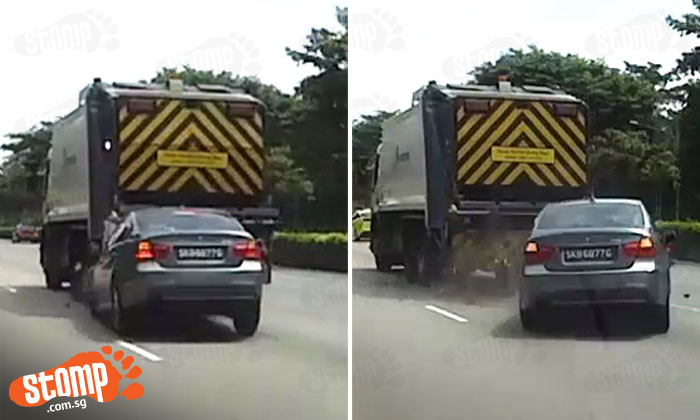 Stomper Mark witnessed a BMW driver crash into the back of a garbage truck while driving along the Kranji Expressway (KJE) yesterday (Feb 12) at 11.30am.

Mark said the accident occurred in the direction towards Choa Chu Kang.

He recounted what happened:

"The BMW driver was driving very fast and somehow did not see the truck right in front of him.

In the video Mark shared with Stomp, the truck was travelling in the middle lane at a steady pace.

There was no sudden lane-changing or braking involved so it is unclear how the BMW driver did not see the truck in front of him.

"The 24-year-old car driver was conscious when he was conveyed to Ng Teng Fong General Hospital.