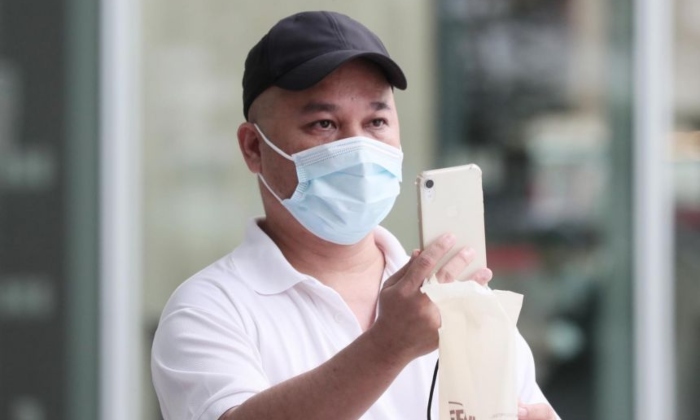 Disgruntled over not getting an extra allowance for taking a three-year-old girl to school, a driver left the child strapped to her seat in his locked van without ventilation at a carpark for more than an hour in January last year.

Zulkahnai Haron, 47, then went to buy food and groceries before heading home.

The child was eventually found sobbing and calling out for her mother by a couple who alerted the school.

The victim, who was found to be suffering from post-traumatic stress disorder as a result of the incident, cannot be identified as she is below 18 years old.

For ill-treating the girl, Zulkahnai was sentenced to 10 months’ jail on Wednesday (Jan 6).

He was also fined $3,000 and disqualified from driving all classes of vehicles for 12 months for running a red light in a separate incident in April 10 last year. His actions then resulted in a motorcyclist suffering injuries.

Court documents stated that Zulkahnai was working as a minivan driver for a transport services company when he committed his offence on Jan 20.

On that day, he had completed his duty of transporting students to their respective schools when his supervisor asked him to take two more passengers, including the little girl.

After picking up the students at 8.30am, Zulkahnai asked the supervisor if he would get an extra allowance for taking them to their schools.

“The accused left the discussion feeling unhappy as he did not receive a satisfactory answer from his supervisor,” said Deputy Public Prosecutor Colin Ng.

Zulkahnai then dropped off the other child at his school, and told the bus attendant of the minivan that she could go home for the day while the girl was still in the minivan.

“In doing so, the accused was acting contrary to his company’s policy, which dictates that bus attendants are only permitted to leave the van after all students have alighted,” said DPP Ng.

After the bus attendant got off the vehicle, Zulkahnai decided to head home instead of taking the victim, the only passenger left, to her school.

At about 9am, he parked the minivan in a multi-storey carpark at Block 358A Admiralty Drive, turned off the engine and locked the vehicle.

The court heard that he did so despite knowing that the girl was still in the minivan with her safety belt strapped on.

Zulkahnai then went to buy food at a stall near Sembawang MRT station and groceries at a supermarket before heading home.

The girl was eventually discovered in tears by a woman and her husband about an hour later.

The woman called the child’s school and reported the incident to the principal, while her husband contacted Zulkahnai.

The driver arrived at the scene about 10 minutes later, saying: “Not to worry, it’s only a few minutes.”

He then took the girl, accompanied by the woman, to her school. The woman later recounted the incident to the victim’s teacher.

DPP Ng told the court that Zulkahnai had initially told the police that he was having a tummy upset at the time, had inadvertently soiled his pants and gone home to change his clothes.

“The accused steadfastly maintained the aforesaid account in his further statement to the police until he was confronted with the closed circuit television footage of him at the supermarket,” the DPP said.

The victim’s mother had reported that the girl was scared of being alone and was unable to sleep without her by her side for about six months following the incident, said DPP Ng.

The child had also told her mother that she did not want to “take the school bus” as she was afraid that she might be left alone again in the vehicle, the court heard.

On Wednesday, Zulkahnai’s lawyer, Ms Sofia Bennita Mohamed Bakhash, said in mitigation that her client was facing financial difficulties at the time of his offences and had difficulty concentrating.

The lawyer also said that a jail sentence would impact his family life as his wife was unable to support their two children on her own with her salary.

In sentencing Zulkahnai, District Judge Marvin Bay noted that there was an “egregious abuse of trust” by the man.

“Alone and restrained in the unventilated van, the three-year-old child would be at risk of oxygen deprivation (if left long enough), heat stress or even physical injury if she had struggled to free herself from her seat belt restraints,” he added.

The judge granted Zulkahnai’s request to defer his jail sentence to Jan 20 so that he can settle his family and employment matters.

For ill-treating the child, Zulkahnai could have been jailed for up to eight years and/or fined up to $8,000.

He could also have been jailed up to two years and/or fined up to $10,000 for his traffic offence.

Related Stories
Teen who had sex with girl, 15, to make her ex-BF jealous gets probation
Man had sex with 14-year-old GF and shared her obscene videos which circulated in her school
Widower, 63, who raped and sexually abused young daughter gets 28 years' jail
More About:
court
jail