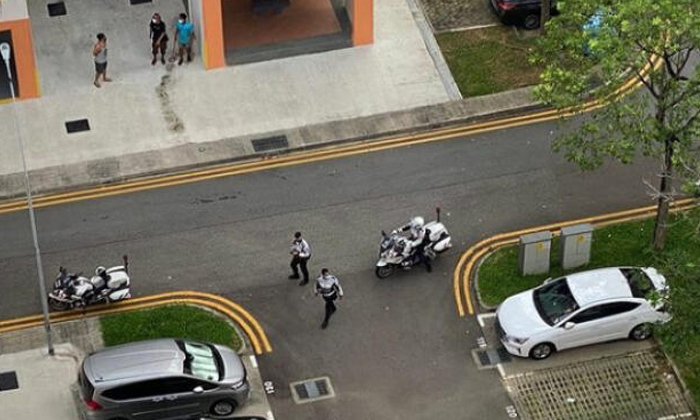 A driver who had been stopped for suspected traffic violations allegedly drove off dragging a Traffic Police (TP) officer for some distance, said the police on Saturday (March 27).

The man, 31, was arrested for committing a rash act causing grievous hurt, and traffic and drug-related offences, said the police in a statement.

He will be charged in court on Monday.

The police said the TP officer had stopped the driver for suspected traffic violations along the Central Expressway towards Ayer Rajah Expressway, before the Balestier Road exit at about 7.30am on Saturday.

During the checks, the driver allegedly drove off suddenly and dragged the officer along with the moving vehicle over a distance, said the police.

The officer suffered multiple injuries and was taken to hospital. His condition is stable.

The car was later found abandoned along Towner Road, and the man was arrested at 1.10pm.

Police advised road users to comply with traffic rules and regulations, and abide by the directions of its officers during enforcement checks.

It added: "The police have zero tolerance towards such acts of violence against public servants who are carrying out their duties and will not hesitate to take action against those who blatantly disregard the law."

Anyone convicted of a rash act causing grievous hurt under the Penal Code can be jailed for up to four years, fined up to $10,000, or both.

This was not the first time a police officer had been involved in such an incident.

Last year, a Maserati driver whose car dragged a police officer for more than 100m along Bedok Reservoir Road in 2017 was sentenced to four years and seven months' jail with a lifetime driving ban.

The policeman had been dragged when his uniform got caught in the driver-side door of the car. The driver had fled the scene after being stopped for driving without a seat belt.