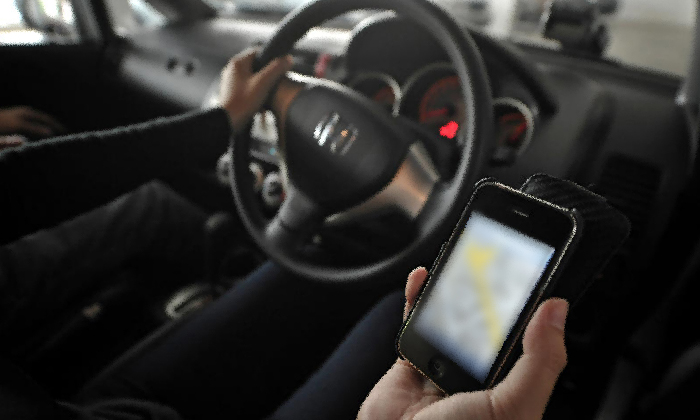 The driver who took videos of Prime Minister Lee Hsien Loong's son while giving him a lift home was fined $900 and disqualified from driving for eight months for a traffic offence.

Andrew Sim Kay Yong, 32, persuaded Mr Li Yipeng, 37, to get in his car. He then drove off and began recording videos of himself questioning Mr Li on various issues like his security arrangements and whether he had seen his uncle, Mr Lee Hsien Yang.

Sim pleaded guilty to one charge under the Road Traffic Act on Thursday (Nov 14).

The court heard that Sim had spotted Mr Li at the taxi stand at the Esplanade mall on March 15 and recognised him as PM Lee's son.

Sim pulled up at the stand and offered Mr Li a ride. He initially refused, but after further discussion got into the car and asked to be driven to Rochalie Drive.

He held up his phone with one hand while steering with the other.

The clips were played in court. Sim could be heard asking Mr Li personal questions like what book he was reading, whether his father was strict with him and whether Mr Lee Hsien Yang visits his family, all while the car was in motion.

"In doing so, the accused lessened his ability to control the vehicle and diminished his concentration on the road," said DPP Tay.

Mr Li later asked to be dropped off in Tanglin Road instead of Rochalie Drive. Sim did not collect money from him.

Defence counsel Josephus Tan said Sim had offered a free ride to Lee "just like any Good Samaritan would", and had only circulated the clips to his close friends.

In some of the clips, Sim's car appeared to have stopped, said Mr Tan.

District Judge Lorraine Ho noted that she was "not sure whether that was the role of a Good Samaritan", and said Sim's car was clearly moving in most portions of the video.

She also noted that Sim had deliberately and conscientiously taken the four videos and had made a concerted effort to hide his actions.

"Hence this indicated that he was so distracted ... that he not only caused danger to himself and his passenger, but also to other road users," she added.

Sim's phone was forfeited to the police to be destroyed.

Using a mobile phone while driving a vehicle can bring a fine of up to $1,000 and jail for up to six months.