Driver turns himself in to police, claims employer made him scapegoat for hit-and-run 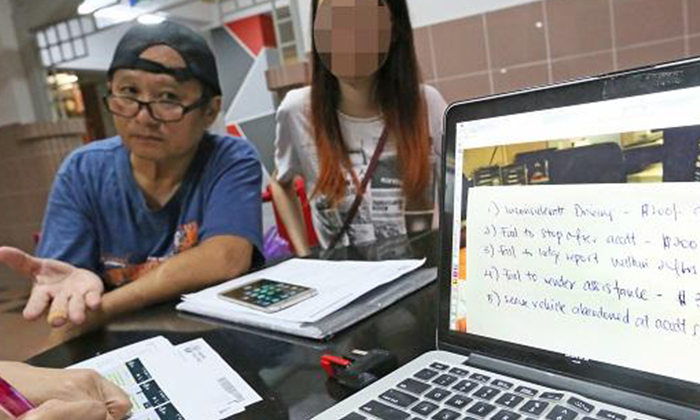 A hired driver turned himself in to the police for a hit-and-run accident, claiming that his employer had driven the car and made him the scapegoat.

The driver, Mr Fu Zhenhui, 60, told Shin Min Daily News that he was introduced to his ex-employer, a businessman, through a friend in July 2017.

The businessman was looking for a driver and offered Mr Fu a job.

“After both sides negotiated, we agreed that I will drive for him on the weekends and some other dates.

“My salary would be based on the number of trips.

“So his secretary and I went to a dealer on July 22 to rent a car.”

Mr Fu claimed that after he drove to the businessman’s condominium, he handed the car keys over.

However, he suddenly received a call from the police at the end of July, claiming he was involved in a hit-and-run.

“The accident happened on the afternoon of July 29 in Chinatown, and two vehicles were involved — the car rented under my name, and another car.

“During the time of the accident, I was at my mother’s place for the whole day.”

Mr Fu also alleged that the businessman had called him two days later and asked him to take the rap.

The businessman told him that it was just a fine, and the vehicle was registered under his name anyway.

He also reportedly threatened to harm Mr Fu and his friends should he not agree to the arrangements.

“I didn’t have a choice.

“I called the police and gave a false account as he had instructed me to.

The troubles did not end there.

Mr Fu said that he received another six summons and a notice stating that he had breached traffic rules, which accumulated to $200 in fines.

He realised that the businessman had been breaching traffic regulations repeatedly within a week of him renting the car.

Despite Mr Fu’s badgering, the businessman only paid an $11 fine.

Mr Fu realised then that he had no intention of paying the rest of the fines.

Deciding that he had enough, Mr Fu turned himself in to the police and said that he would be

responsible for the false testimony given earlier.

Reporters’ attempts to reach the businessman have been unsuccessful.

In response to media queries, a police spokesman confirmed the case and said that investigations are ongoing.

Related Stories
72-year-old man taken to hospital after sports car runs into him near Lakeside MRT Station
4-year-old girl who died in Bukit Batok accident: Mum appealing for witnesses and footage of Proton SGL3672U
Cabby who reversed into car was in 'distress', had exited taxi to 'check on' other party: ComfortDelGro
More About:
accident
hit-and-run