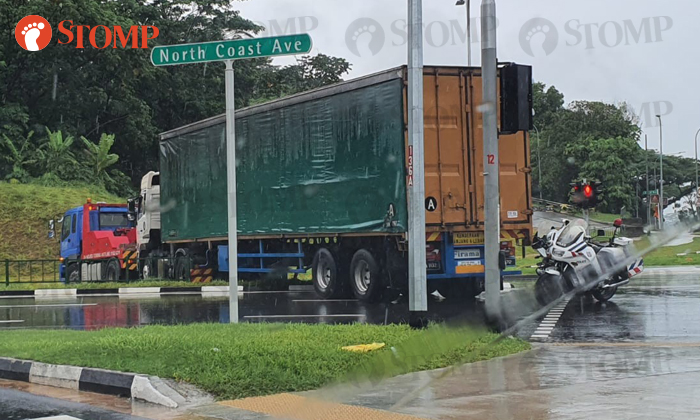 A 58-year-old man was taken to hospital after the trailer he was driving collided with a lorry at the junction of Admiralty Road West and North Coast Avenue on Monday morning (Dec 9).

Stomper David, who passed by the accident site near Woodlands Industrial Park E5 at around 9am, submitted photos that show the trailer and a tow truck at the scene.

In response to a Stomp query, the police said they were alerted to the accident at 9.28am.

The trailer driver, who was rescued by the Singapore Civil Defence Force (SCDF) using hydraulic tools, was conscious when taken to Khoo Teck Puat Hospital.

According to Shin Min Daily News, he had been trapped in the trailer for 30 minutes. 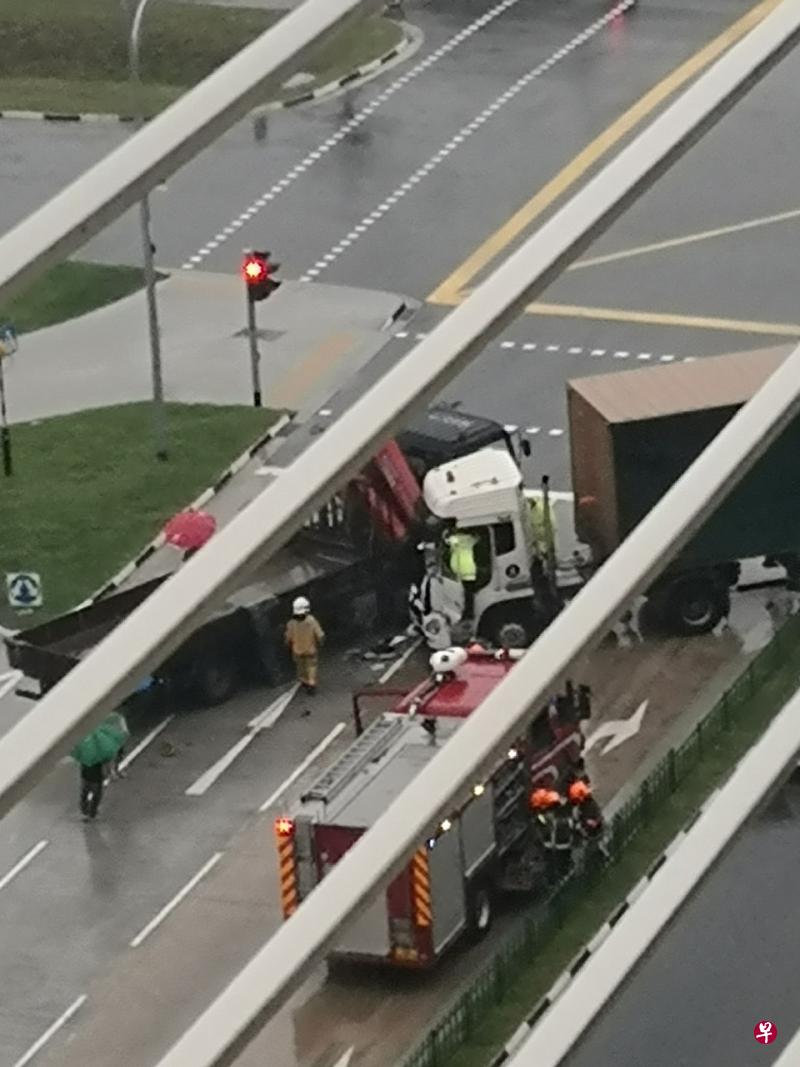 It is believed that slippery roads during Monday's wet weather had contributed to the accident.