Driver throws cigarette butt out of car at Punggol Central 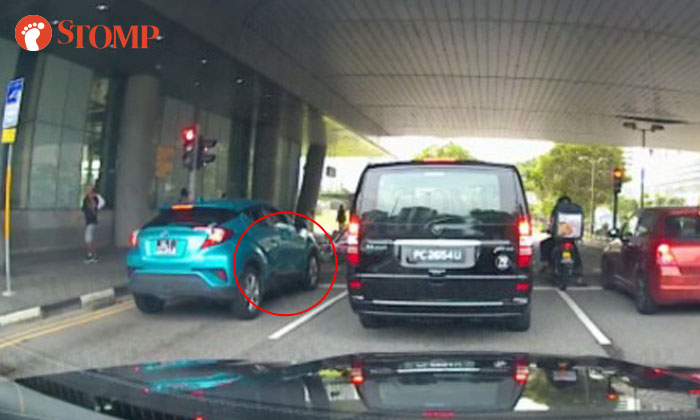 A driver was caught on camera throwing a cigarette butt out of his car at a junction in Punggol Central.

Stomper Chew Hock sent Stomp the footage captured by his in-car camera on Nov 17 at 5.07pm.

Chew Hock was on his way home from work and was waiting for the traffic light to turn green, when he spotted the driver littering.

The Stomper said: "I think the action of littering is very irresponsible. I have seen this many times, but not much has been done about drivers who litter."

In the video, the smoking driver can be seen in a blue car on the leftmost lane.

His right hand is hanging out the window, holding a cigarette.

Just before the traffic light turns green, he throws the cigarette to the ground and drives off.

"There are many people involved in trying to keep Singapore a clean city, yet these people continue to litter," Chew Hock added.