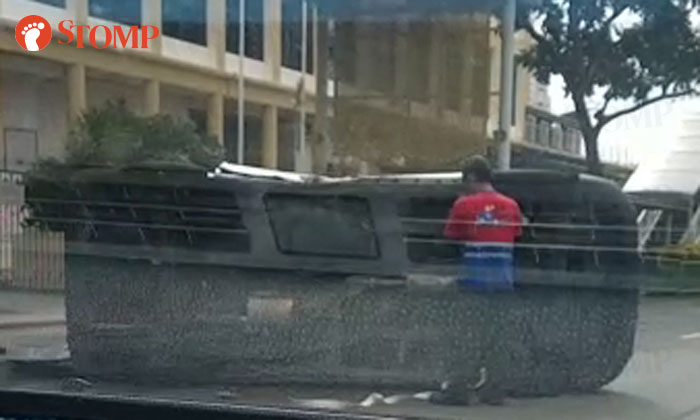 A 62-year-old man was taken to hospital after the van he was driving was involved in an accident with a car along Tiong Bahru Road on Tuesday afternoon (Jan 29).

Stomper Andrew alerted Stomp to the accident and shared video footage he took of the accident while he was travelling past the scene at about 3.55pm.

In the video, Andrew first passes by a blue car that appears to have sustained damage to its front-right side.

A white van is then seen lying on its side on the road further up ahead.

In response to a Stomp media query, the police said they were alerted to the accident along Tiong Bahru Road towards Leng Kee Road at about 2.23pm.

"The van driver, a 62-year-old man was conscious when conveyed to Singapore General Hospital," a police spokesman said.

Related Stories
Motorcyclist, 37, dies after accident with private bus in Tuas
Car crashes into road divider after colliding with another vehicle in front of Downtown East
12-year-old girl taken to hospital after getting hit by lorry outside Maha Bodhi School
More About:
accident
van
collision
overturn