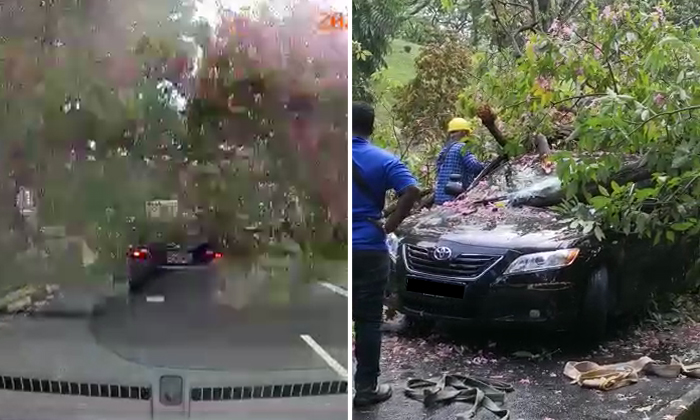 A tree branch fell on a car in Tiong Bahru on Monday (March 29), leaving its driver injured.

Several readers alerted Stomp to a video of the incident that occurred at the junction of Tiong Bahru Road and Lower Delta Road. The video was timestamped at 4.35pm.

In the video, the tree branch can be seen falling right onto the black car and engulfing it.

The Singapore Civil Defence Force (SCDF) said it received a call for assistance at 5.15pm and conveyed one person to Singapore General Hospital.

According to The Straits Times, the driver was trapped in the car after the branch fell, but was rescued by SCDF officers and did not suffer any major injuries.

The branch, which fell from a trumpet tree that is 10m tall and 1m wide, was cleared by 5.30pm.