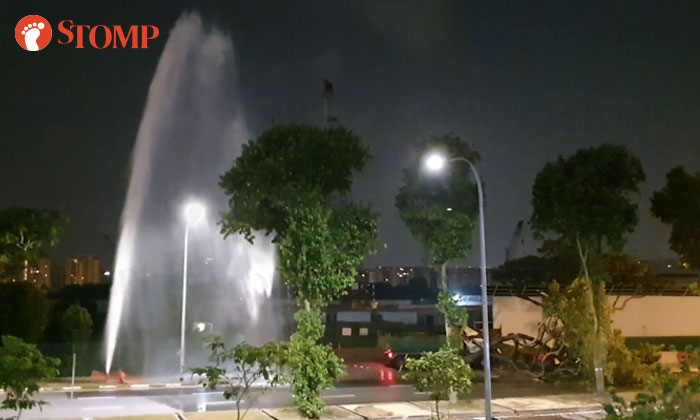 A 35-year-old driver was taken to hospital after his tipper truck crashed into a fire hydrant and tree at the junction of Tampines Avenue 1 and Avenue 4 in the early hours of Wednesday morning (March 11).

Stomper Lincoln alerted Stomp to the incident and shared a video he took from his home nearby.

"I woke up after hearing a loud noise outside my home," he said.

"I looked out and saw water shooting up into the sky.

"A truck appeared to have crashed into a fire hydrant before hitting a tree, causing it to fall to the ground."

In response to a query, the Singapore Civil Defence Force (SCDF) said it was alerted to the incident at 2.30am.

A man was found trapped in a driver's seat, an SCDF spokesman said.

He was rescued using hydraulic tools and taken to Changi General Hospital (CGH).

The police told Stomp they were alerted to the accident at about 2.26am.

"A 35-year-old male driver was conscious when conveyed to CGH," a police spokesman said.