Driver taken to hospital after 2 cars collide along Holland Road 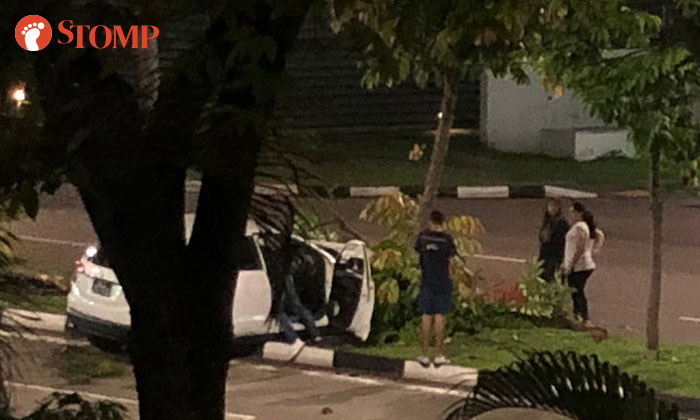 A 39-year-old man was taken to hospital after two cars collided along Holland Road towards Tanglin Road in the early hours of Thursday morning (Dec 12).

A Stomper alerted Stomp to the incident and shared photos and a video he took of the scene from his kitchen window.

In the video, passers-by are seen approaching one of the cars that crashed into a road divider.

"The driver apparently lost control of his car and mounted the road divider," the Stomper said.

He added that the last time he heard a loud crash outside his home was three years ago.

In response to a Stomp query, the police said they were alerted to the accident at about 2.27am.

One of the drivers, a 39-year-old man, was conscious when taken to National University Hospital, a police spokesman said.

Related Stories
Dog dies after lorry crashes into it in Woodlands
Bus driver and passengers stop to help after car crashes through railing at Upper Bukit Timah Road
Audi crashes into railing and onto pavement at Geylang Road
More About:
accident
car crash