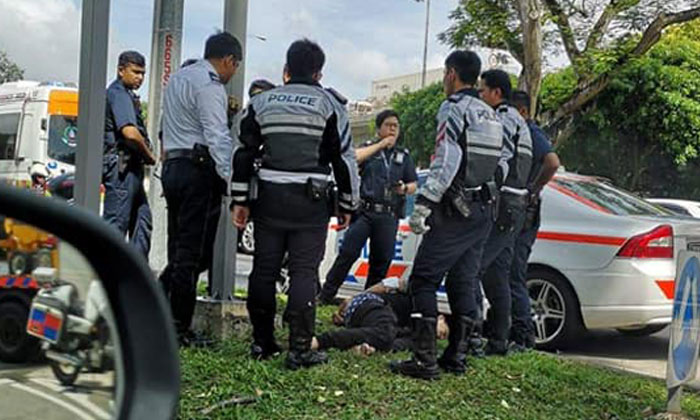 A 27-year-old driver who was stopped by Traffic Police officers along Jurong Town Hall Road on Tuesday morning (Jan 29) for failing to wear a seat belt, became violent and assaulted two of the officers after he was found to have an outstanding warrant of arrest.

Photos of the man being detained were posted on Singapore Taxi Driver's Facebook page by Ada Wang showing the man lying on a grass patch and police officers standing in a circle around him.

In response to a Stomp media query, the police said they also seized substances suspected to be controlled drugs, drug-related paraphernalia and a knuckle-duster from the man's vehicle.

Here is the police's statement in full:

"On 29 January 2019 at 10.32am, Traffic Police officers were patrolling along Jurong Town Hall Road, when they stopped a car driven by a 27-year-old man for failing to wear a seat belt.

"During the check, the man was uncooperative and was established to have an outstanding warrant of arrest.

"He was violent and assaulted two officers during the arrest. 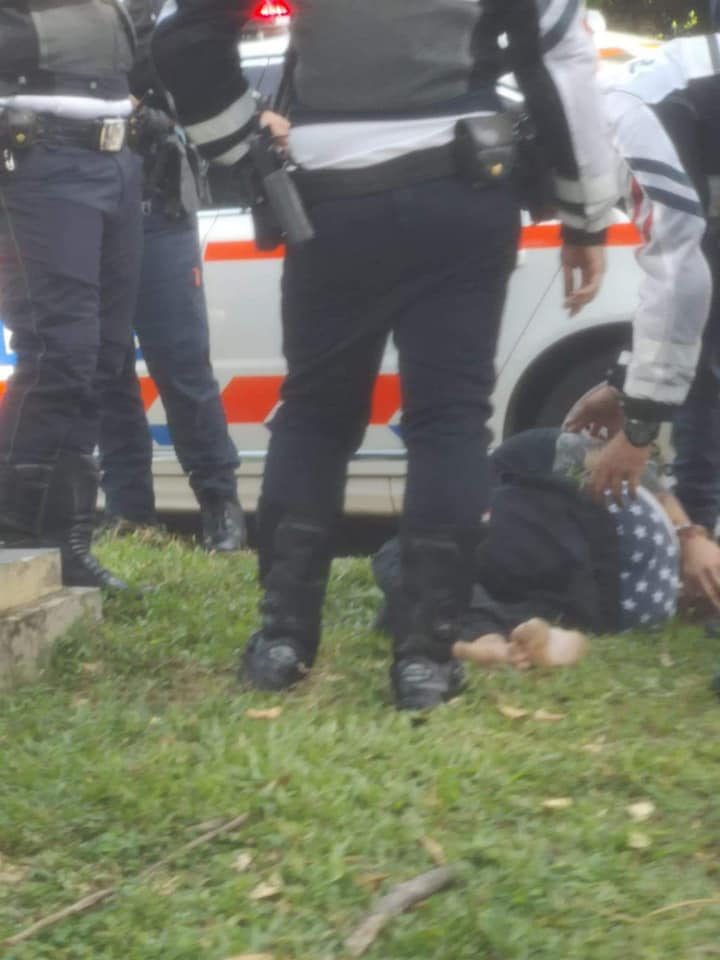 "Substances suspected to be controlled drugs, drug-related paraphernalia and a knuckle-duster were also seized from the man’s vehicle.

"Investigations by the Singapore Police Force and the Central Narcotics Bureau are ongoing.

"Any person convicted of voluntarily causing hurt against public servant in the discharge of his duty can face imprisonment of up to seven years, or with a fine, or with caning, or with any combination of such punishments."