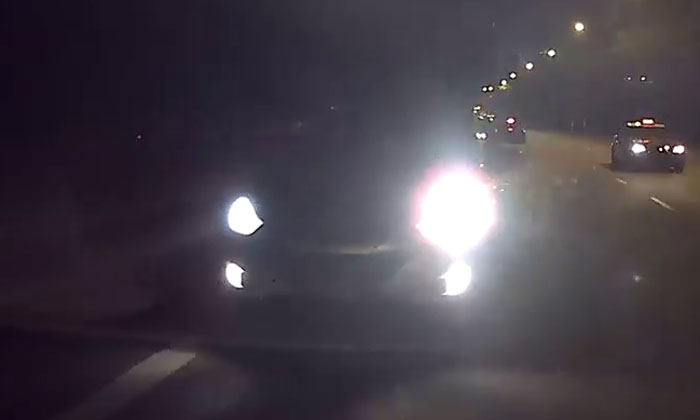 A driver was caught on video driving aggressively and being a road bully.

Stomper Tan alerted Stomp to a video uploaded by Facebook user Darren Boon of the driver of a car with licence plate number SDR9500Y using his high beam before speeding up and tailgating him.

The video was posted in SG Road Vigilante's Facebook on Tuesday (Oct 30). It is unclear where or when this incident happened.

Darren noted that this was not the first time this particular driver has been caught "being an a**".

In the comments section of Darren's video, an incident from earlier this month was shared, showing the driver of the same car flouting traffic rules by turning right from the wrong lane and cutting off another motorist who had the right of way.

Netizens slammed the driver for his behaviour, some called him a "nuisance on the road".

What would you do if you encountered a driver like this?