Whose fault? Driver reverses into pedestrian outside Elias Mall 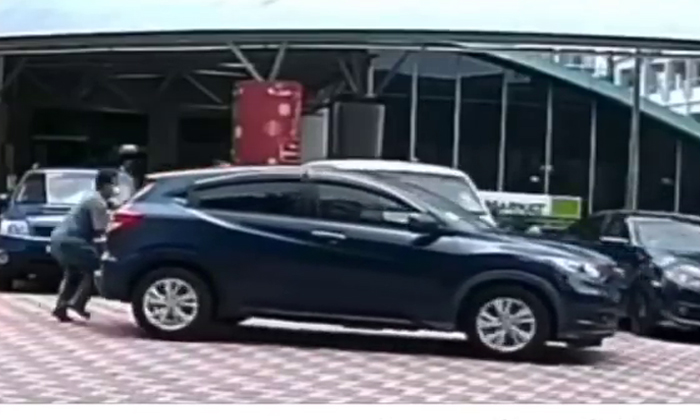 A car driver apparently remained unapologetic after reversing into a pedestrian outside Elias Mall.

Facebook page SG Road Vigilante posted a video of the incident, which is said to have occurred on Christmas Day (Dec 25) at around 3pm.

In the video, a man is seen walking across the open-air carpark when a Honda Vezel reverses into him from his right.

The man can be seen backing away and exchanging words with the driver, who had opened the car door.

A caption accompanying the video, which appears to have been submitted by the pedestrian, said: "The driver super rude, scolded me, why am I walking when he reversed the car. Didn't even apologise.

Many netizens slammed the driver, with some asking why he had reversed so suddenly and quickly.

One user pointed out that a white car can be seen exiting a parking lot on the far left and that the Honda driver had likely been trying to reach the lot before it got taken.

However, a few netizens also felt that the pedestrian was partly at fault for failing to keep a proper lookout.

One said both parties had no "situational awareness" while another added: "Both in the wrong tbh.. the uncle only look at one side while crossing."