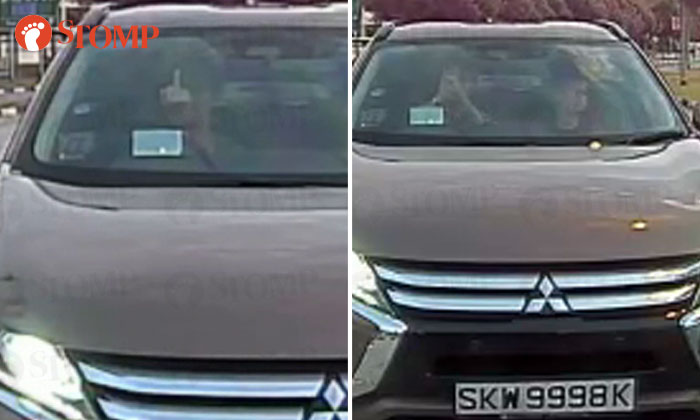 How would you feel if someone angrily flashed the middle finger at you for simply following the road rules?

That is what happened to Stomper Fadhil who encountered a rude Mitsubishi driver while travelling along Pasir Ris Drive 8 on Thursday morning (July 25).

Fadhil shared footage of the incident taken from both his front and rear car cameras.

In the video, Fadhil is seen coming to a stop behind a yellow box at a traffic junction.

"The light was green but there was no space for my car," he said.

"It is an offence to stay in the yellow box so I stopped behind the stop line."

By sticking to the rules, Fadhil incited anger from the Mitsubishi driver behind him with licence plate number SKW9998K.

The man is seen flashing the middle finger and making other rude gestures at Fadhil from his seat.

When traffic starts moving again, the driver is seen dangerously overtaking Fadhil from the left.

He later flashes his middle finger one more time in a clip captured by Fadhil's passenger as he passes by him. 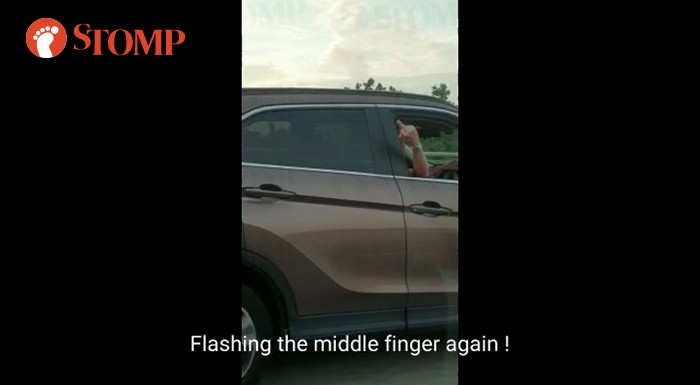 "If you have no patience, you better not drive."